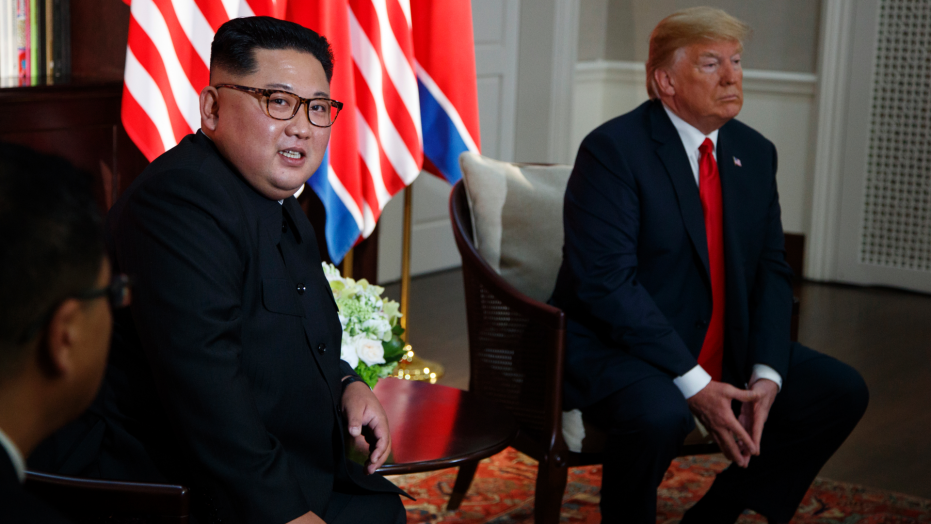 While I am officially now on vacation I could not leave without going on record about this.  The T.V. keeps telling us that North Korea won’t give up its nukes, because they prevent regime change, etc.   I mean if “little rocket man” didn’t have his nukes we could just waltz in and topple him.  This is the view the media has been presenting for years.  The problem is, as usual with our media it is complete and total fake news.  Of course as Adolph Hitler said, “tell a lie loud enough and long enough and people will believe it”.

But let’s examine simple facts, the Korean War ended in a cease fire on July 27th, 1953.  North Korea tested its first claimed successful nuke on May 25th, 2009.  They did an earlier test in 2006 which even they admitted failed.   This means from 1953-2009 North Korea had exactly ZERO nuclear capability and yet the US never invaded them or effected any sort of regime change.

One reason of many is very simple, with zero nuclear weapons North Korea has enough conventional long range weapons turned on Seoul South Korea to literally level it in about 45 minutes.   Yes US air power, smart weapons and counter artillery could take a lot of it out but by then the damage would be done into the trillions of dollars and at the cost of 10s of thousands of lives, perhaps even hundreds of thousands of lives.   Additionally North Korea is aligned with China and they know we won’t risk war with China unless it is absolutely necessary.  This stand off kept the Kim regime in power for exactly 55 years, 9 months and 28 days without having any nuclear capability. 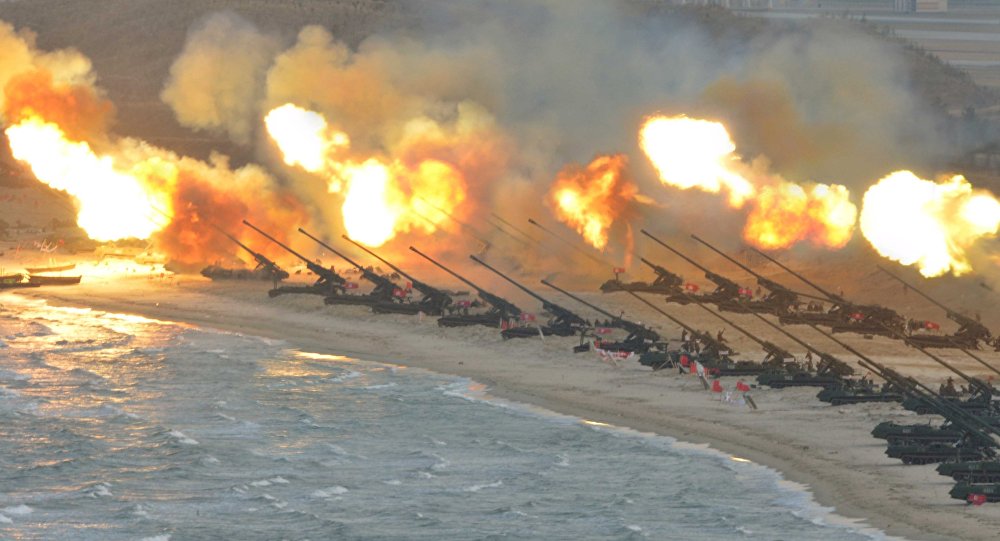 So shocking I know but the media is once again LYING to you in complete denial of the facts.  So this leads to an obvious question why would North Korea provoke the west by acquiring nuclear weapons in the first place?  We are told at a minimum it further protects them from US aggression.  But Asian nations including North Korea are always far more strategic.

So simply let me ask you, what does North Korea want?  They want what they have wanted since the death of Kim II-sung, normalized relations with the world.  The problem was before that, what did the world want in return?  Two things mainly!  One get rid of the prison camps.  Two stop pointing enough artillery at Seoul to level it.

Okay well either of those things really do threaten the regime.  North Korea can’t exist with out the camps, the regime would end up dragged into the streets and murdered Gaddifi style in a year at most once the threat of the camps was gone.  Leading to a refuge crisis and likely a new military dictatorship, also not friendly to the US.  History shows this to be how most dictators fall only to be replaced by a new dictator.  Also taking the guns off Seoul and standing down their posture could potentially open them to attack by the vastly superior forces of the US and its allies.  So both of those requests are no gos.

I also want to say I am not defending the horrible prison camps in North Korea but the truth is Kim Jong Un was born into this reality, he can’t just close them, he would be toppled by his own military, he wants to survive and stay in power like all tyrants.  He will do whatever makes that happen.  So why get nukes?

Simple, to have something you can use to cut a deal!  The nukes North Korea has are barely functional, they can’t launch a creditable attack on the US, despite what the TV says, and yes I do have confidential sources that back that up.  They could perhaps nuke Japan, etc.  This would result in the instant annihilation of North Korea with the “fire and fury” Trump threatened.  It doens’t give Kim what he wants. 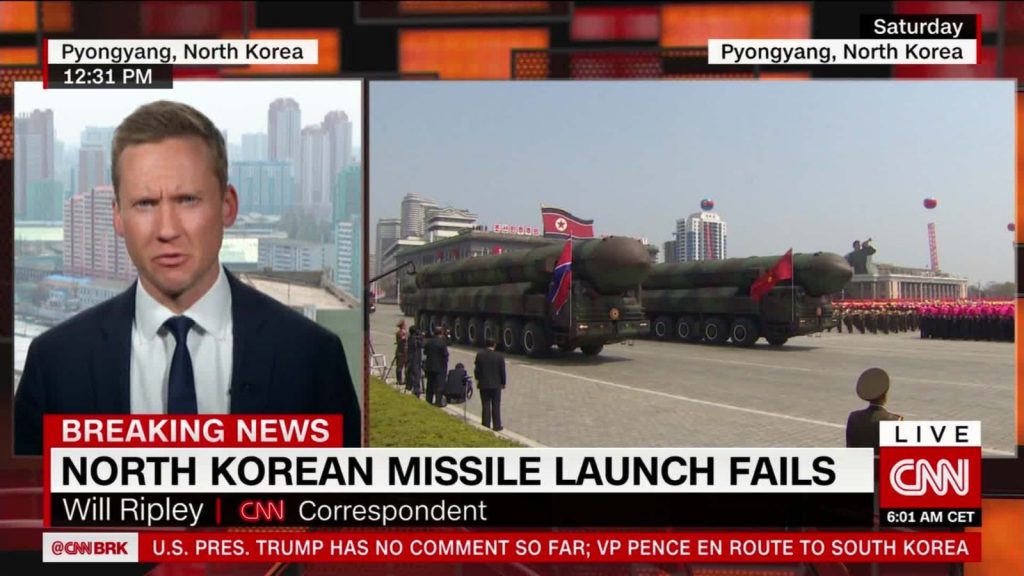 So what does Kim Jong Un want, he wants his nation to be modernized, he wants his nation to have trade with the world.  So how do you get it.  You develop something you don’t really need that shocks the world, then you make a deal to give it up in return for what you actually want.  In other words the entire nuclear program was designed to get the US to negotiate with them for something they could afford to give up and still keep their power.   And that is why they will denuclearize, it was always the plan.

I know that sounds crazy but consider the alternative.  Imagine that North Korea had never developed nukes and wanted negotiations today.  What would they be asked to do?  Take the guns off Seoul and close the camps is the only answer there is.  Again they can’t do that, even if Kim wants to close the camps to stay in control it will have to be done in a series of reforms over time.  I am not saying that is moral or ethical, I am saying it is necessary for the regime to stay in power.

Next for the guns to come off Seoul will require North Korea feeling that the threat of US invasion is not really there anymore.  In denuclearizing they effectively neuter the rhetoric of the west.  In other words giving up those few, pathetic, sad, nukes that are truly useless in reality to them, strengthens their position.

They then still have their camps which they can scale back as people become happier with a new North Korea with more “stuff” and above all more food.  Even the most modest reforms will be praised by the west, especially South Korea, Japan and E.U. Nations.  They can then begin to redirect military assets while maintaining a very strong though less directly threatening military.  Each tiny bit they give from this point forward seriously weakens US ability to marshal other nations to oppose a new North Korea.

So there you go, North Korea will denuclearize and will change dramatically from at minimum an economic stand point and it is going to happen fast.  Kim knows Trump could lose reelection in just a few years and this opportunity could pass, the next guy likely won’t be a deal maker.  He also knows he can make this deal, cement his power and likely this deal will guarantee that he will be dealing with Trump until 2024 as it will cement Trump’s reelection.

My Prediction – By the end of 2018, the Korean War will officially end and North Korea will either be fully denuclearized or have 100% agreed to it and the process will be well into motion.  Frankly the North Korean nuclear program is a lot like Regan’s Star Wars Program.   There is something there but most of it doesn’t work, most of it will never work but it makes a hell of a negotiating tactic.  Doubt me if you wish but an actual logical analysis that stops assuming Kim is “insane” makes all of this most likely scenario.

Note – this article is a logical evaluation of the reality we are observing.  It is free from my personal political opinions.  It has nothing to do with support or opposition to Trump, just a logical and factual analysis.  The main stream media should give that a try sometime.