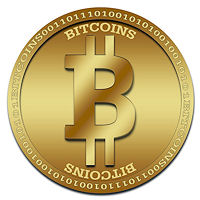 We have just added the option for customers to pay for MSB access with bitcoin.  Current members won’t be able to use this option until they come up for renewal at this time.

Bitcoin has come under the exact type of attack I predicted just a week ago, a full on press to demonize that which can’t be criminalized.  I have been back and forth on whether to set up bitcoin payments for quite a while.  Not because I was opposed to it, but simply because it means more work for us, my member’s software can’t be made to integrate with it.  So just like silver we have to do all member entries and account set ups manually.

The reality though is I have come to see the real value in bitcoin over the past few months and understand now why those in power hate it.  It isn’t about being anonymous, which always starts a debate anyway by people who are generally only partly informed on all the options.  Let me assure you though, paper money or gold and silver are the most anonymous forms of commerce.  Anonymity isn’t why those in power really hate bitcoin.

The transfer fees for doing business with bitcoin are very low and it has the potential in time to take major market share from the financial institutions.  This is a multi billion dollar market that is currently under major threat from bitcoin.

2.  Bitcoin Can’t be Controlled or Seized

Right now more and more capital controls are being put in place by financial institutions and governments alike, not just in the US but around the world.  Many TSP listeners sent me copies of letters from their banks strictly limiting or eliminating their ability to transfer money out of the country.  This is but on example of coming capital controls.

In England now customers must show good cause to withdraw money over a certain amount from their own bank accounts.  Sounds crazy but it is 100% true you can read about it here.  This is all about control folks.  The problem for the elite is bitcoin can be held in a huge variety of ways, many of which make it impossible for authorities to control or seize.  For instance you can set up a paper wallet, this means your bitcoins are in the block chain somewhere but you don’t have an account to log into, there is nothing to attack.

To access this wallet you need the wallet itself which you can print out.  But you could burn that wallet and still access your bitcoins with mnemonic device.  While it sure makes sense to record that somewhere in theory you could memorize it, get on a plane, step off anywhere in the world with nothing but the clothes on your back and still have access to your money.  You can also send that money to anyone in the world, with no one to prevent you with it.

Some say this makes bitcoin ideal for “criminal use” ignoring that criminals use the banking system and cash payments all the time.  Right now they want to equate the fact that some people use bitcoins in criminal activities so that makes bitcoin criminal itself.  This is idiocy!  Criminals also use cars, dollars, baseball bats, pry bars, checks, credit cards, binoculars, cell phones and shovels, does that make any of them bad or criminal?

Trust me folks the hatred of bitcoin is all about two things.

Watching my prediction from January 27th come true on the very day I made it with the arrest of Bitcoin Exchange CEO Charlie Sherm, has triggered my decision, I am all in!  Sherm publicly gave money to Silk Road, as in he announced it, one doesn’t publicly launder money!  The charges against Sherm are not that he hid money but that he gave money to a group who would likely do something illegal with it.

They are calling it money laundering, but perhaps someone should explain that term to the prosecutors of the case.  The fact is that if what Sherm did broke a law, it would have broken the same law with cash, bank wire or a big fat check.  Sherm didn’t try to do this transaction anomalously, he donated money to a business he wanted to support and again did this publicly.

For you investor types, all in doesn’t mean all in that way.  I am not at this time advocating converting all your dollars to bitcoins.  What I mean is I am from now on accepting bitcoin in any way that I can.

I am going to build some store of wealth in it and hey IRS, yes, I will pay you your taxes on any money I make with  it, even though I don’t want to.  I am not taking bitcoin to avoid paying “the man” and I am not doing it to be anonymous, I am doing it because it competes with the financial elite banking industry and because it lets me have full control of my money held in bitcoin.  Quite simply if the financial elite are going to attack bitcoin, they I will support it!

Bitcoin Payment Options are Now on The MSB Payments Page

I will also soon add an option for people to “tip” in bitcoins on individual episodes of TSP.  That will be coming soon!