As promised I have done the walk though videos of the two builds we are doing at TSP Spring 21.  The tickets go on sale on Saturday Feb. 6th and are expected to sell out very quickly.  They will be released on the TSPC Telegram Channel at 9AM CST on the 6th.

The first video was a little rough by combining the sketch and the walk though in the field but I think it is works good enough to convey the project, the method and the goals.  For the second project as it is so complex in its simplicity (yea really) I broke into two parts.  Part one walks though the sketch in my office, then part two shows the lay out as it will be in the field.

If you want more information on the workshop itself what we know so far is here – https://www.thesurvivalpodcast.com/tsp-spring-21-initial

Here is the first project a Berry, Herb and Vineyard System, and a sketch used in the video for closer examination. 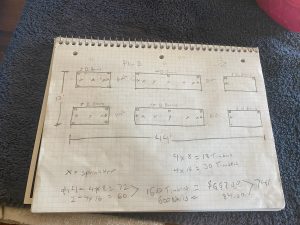 For the Second Project, which is the Aquatic Duck Feed and Composting System, again there are two videos and the sketch from the first part. 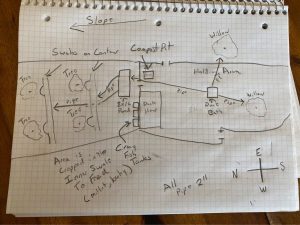 The Videos – Parts One and Two