I have been on a theme as of late and I think I will leave you with one more show in this vein before I move on to something else. Do you realize that most people are living their modern lives based on a series of well sold lies?

Everything you hear is largely a lie today. The TV lies to you. Your parents though well meaning likely repeat those lies, largely because they believe them. 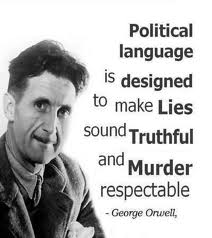 The radio lies to you while you drive to work, well, unless you listen to TSP or something similar. Most companies lie very professionally and well thought out to their employees. The school system is built almost entirely on lies.

This is why so many are miserable today. One can’t be human, fully human when they are living a life based on lies that lead to largely non human behavior.

Worse yet most of these lies have bits of truth in them. Understand the most deceptive lies are 90% or more true. The best way to sell lies is by using the truth. This is why you will have a hard time likely when you read the list of lies below, accepting that as they are sold to you, they are lies.

PLEASE don’t comment below about these lies until you listen to the episode, I promise you that you will end up defending them out of context.

Join Me Today As We Examine the Following Lies…