Today’s episode was originally, Episode-1468- The World Won’t End but Your World Could, and was first published on Nov 19th, 2014.

Monday I took a question on “economic collapse” and tried to explain that no that isn’t going to  happen, not the way many think about it anyway.  That the collapse is here, it is on going and it will have both chronic and acute symptoms. 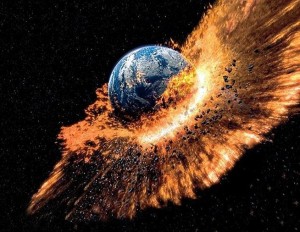 As usual when you try to explain this some people feel that means, well, “it isn’t so bad” so do we even need to prep beyond say basic readiness.

Also after doing this for so long I often forget that many of the core concepts of modern survivalism might be foreign to even people who have listed (especially selectively) for say two years or even more.  That the ground work I laid in the formative years may never have been heard by many listeners, at all.

So today I will combine a bit of the fundamental modern survival thinking with current modern threats and considerations.  I will try to explain the balance between Doomsday Prepper nonsense and all I need is a flash light and some candles thinking.  Humans by and large are binary creatures with an internal binary code of ones and zeros, this is why the political dichotomy is so effective.

We literally think in two dimensions.  Safety and danger, democrat or republican, Pepsi or Coke, rich or poor, sick or healthy, alive or dead, etc.  The absolutes are indeed black and white but life is a million shades of gray, today my goal is to bring you out into the spectrum and let you see some of those shades.

Join me Today as I Discuss…