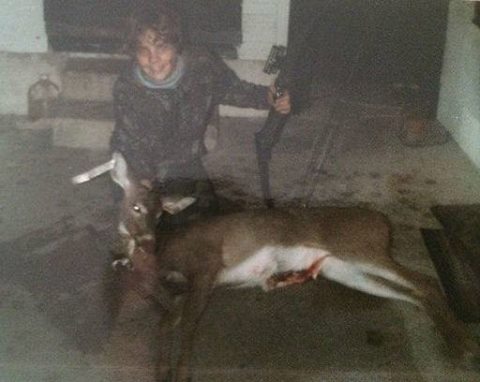 14, Blood Smeared on My Face, and The Arrow Flew Well.

Today’s episode was originally, Episode-1869- Growing Up in the Florida Swamps and Pennsylvania Woods and originally aired on September 13, 2016.

Today we get a lighter show and I think we could use one.  I was happy to see this subject come in second place in the polls for September’s shows.  Those of us that grew up in the 70s and 80s may be the last generation of children who knew true freedom as children.

We walked to the bus alone, many of us rode bikes several miles to school and to other activities.   We didn’t have social media and the internet, we grew up with sling shots, bb guns and old sing shot shotguns, that kicked like hell but were small enough for us to shoulder properly.

We broke bones, skinned knees and fell out of trees, as long as no one was dead or paralyzed we just went on with life.  Scratches, scars and pain were teachers who taught us swiftly the consequences of stupidity.

In this world a young blonde boy named Jack Spirko Jr. (his friends called him J.J.) grew up in two very different places.  Until he was 14 he wandered the Florida swamps, the shores of the St. Johns river and argued with Alligators on golf courses.  In the summer of 1986 he and his father piled into a very old Oldsmobile Station Wagon painted with honest to God black tire paint.

With them they carried guns and the old man’s entire life savings in cash.  19 hours later they pulled into the Grandparent’s drive way.  The boy and his father spent the summer finding the family a new home.  The father returned to Florida to retrieve the rest of the family, the boy stayed behind and worked on his skills with a bow and took his hunters safety course.  Later that year he would take his first deer with a bow.  We will walk with this kid and remember what it was like growing up in the woods not so long ago.