Today’s episode was originally, Episode-1557- The Responsibility of being Prepared and originally aired on April 15th, 2015.

Today we take a look at basic emergency and long term preparedness from a stand point of why it is a basic action of responsible adults.  The truth is prepping has been sensationalized by both the pop culture media and the industry itself for the same basic reason, marketing.

The pop culture media likes to sensationalize anything from a butt lift to couponing to living off the land.  So the fact that they paint preppers as wide eyed extremists isn’t anti prepper, it is simply anti reality and par for the course with our modern garbage media complex.

Next the industry itself is guilty of similar hype, from the moderate to the extreme.  From bullshit emails telling you the FEMA camps will be filled with lobotomized and reeducated patriots to the next military training exercise will shut down the grid and you better buy some piece of shit solar generator to keep your beer cold.

The goal of both sides is to get you to pay attention and to effectively monetize their efforts.  Either by selling you a pallet of MREs in one case or getting you to watch advertisements for iPhones, insurance and credit card companies on the other.

This however is not preparedness.  Today we look at what is, why everyone should do it and flatly why being unprepared is simply irresponsible behavior.  We will look at why the unprepared should be considered the extremist, vs. the prepper as well. 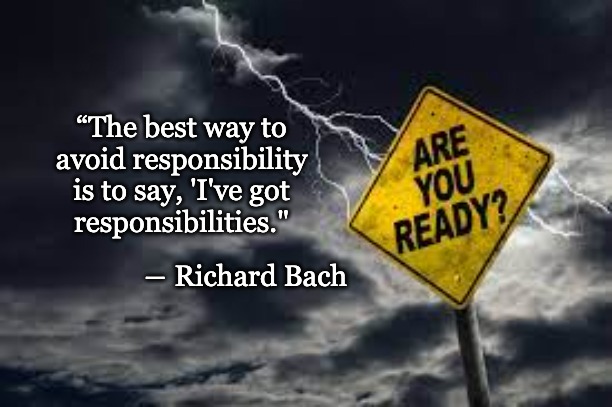