Today is an episode of TSP Rewind, commercial free versions of past podcast episodes. Today’s episode was originally Episode-2433- Understanding Systemic vs. Natural Capitalism and was originally and first published on May 7th, 2019.

I had to think a bit about the title of today’s show. It was spawned by this quite anti capitalist article at The Exiled. Let me say I feel the author Yasha Levine is coming at things from a leftist anarcho position, however the article is absolutely accurate in its telling of history. The upshot, capitalism is bad! And yet I am a self described “anarcho capitalist”. So is capitalism bad, or is it good? As always, it depends!

This led me to the distinction between a system of capitalism (in general statism in the form of modern fascism) and natural capitalism. To me natural capitalism is the only truly natural system of economics we have. Natural capitalism recognizes that people acquire things and if they do so by legitimate means it is their property. Further that some people are better at or like to do some things more than others. Hence trade is a way for people to gain that which they do not have and in doing so both parties are better off for it.

Further natural capitalism recognizes that most people don’t want to hurt or kill others. Even more so that most people do not want to be hurt or killed. So it simply is better for everyone to conduct trade between individuals, tribes and nations rather than to take by force what one wants. Even when you are the type that will steal, harm and kill, the reality is if you do it long enough, someone is likely to do it back to you.

When most people use the term capitalism in a positive way, this is what they mean. I grow food and sell the surplus to Tom. Tom’s money is now mine to keep or spend, my food is now for Tom to eat, share, resell, do what ever he wants to with it. The trade is based on our mutually agreed upon view of value, it is also a voluntary exchange and both of us are free to trade or not to, it is our choice.

Well, that is all good and well but what happens when the state gets involved and something natural is made forced, unnatural and coerced? Well as we shall see today, many times some very bad things. We can say the same thing about the supposed antonym of capitalism, socialism. We think of socialism as a form of economics, but it really isn’t, until the state forces it to be such. Socialism in its natural state is only cooperation by humans because those cooperating view it as beneficial. If 20 people settle around a lake and see it as vital to their lives and hence set up some agreements, it is socialism, natural socialism that is.

These agreements may be on how many fish can be taken, perhaps even a way where fish are shared. How much water can be used, what can and can’t be dumped in the lake. If it needs maintenance the people may pool labor or simply pool money to pay for it, etc. This is pure, honest, socialism. The choice is up to the individual, if you want to be part of this group, these are the rules. Systemic socialism is when a person is required to be part of a group they never asked to be part of and their property is taken in the name of collective good. 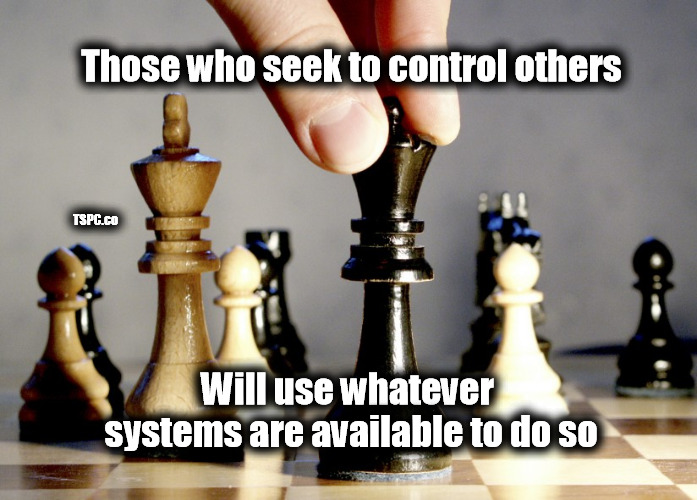