Today is an episode of TSP Rewind, commercial free versions of past podcast episodes. Today’s episode was originally Episode-1649- Does Permaculture Lead to Anarchism and was first published on September 22nd, 2015.

Woh! What is up with that title. I know we have a lot of strong political views in Permaculture. And of all stripes, liberals, conservatives and a lot of libertarians. And many who have been in the movement a very long time are quite proud of what ever political stripe they have.

So does this question make sense? I think that it does, and I think it leads many to start practicing anarchism without even 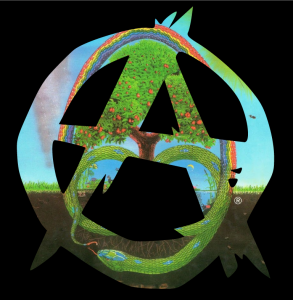 knowing it or realizing it.

Those are just a few examples. To be clear on what is not anarchism here are some things people think are anarchist that are not.