Today’s episode was originally, Episode-1610- Toby Hemenway on Developing Self Sustaining Urban Communities and originally aired on July 23rd, 2015. The notes below are the original notes from that episode. 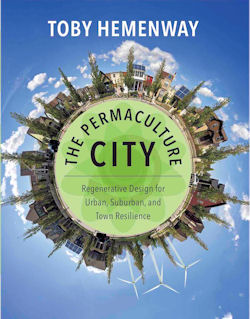 Get a Copy of Toby’s New Book on Amazon

Today he comes back to TSP to discuss  urban permaculture, and his new book, “The Permaculture City: Regenerative Design for Urban, Suburban, and Town Resilience” We will be talking about food, energy, water, shelter, building community, creating livelihoods, and how to use permaculture thinking to arrive at solutions for the challenges of life in towns and cities.