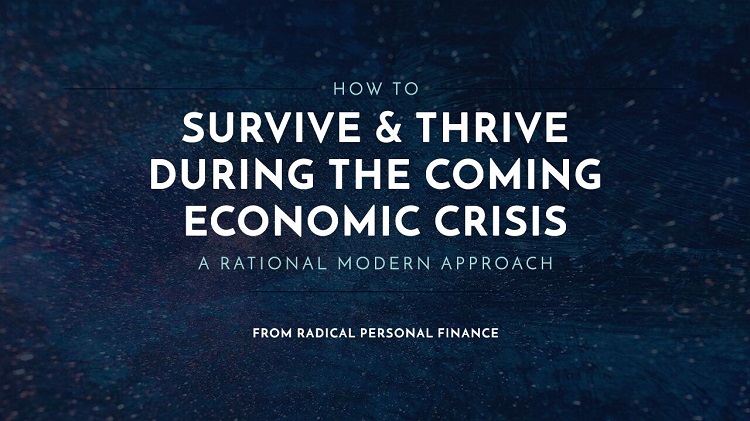 Joshua Sheats, MSFS, CLU, ChFC, CASL, RHU, REBC, CAP is a leading authority on integrating lifestyle goals and money goals without conflict. He teaches normal people how to seamlessly connect the science of financial planning with the joy of goal achievement. Joshua is dedicated to helping normal people achieve financial freedom by merging the creative (and crazy) ideas from the world of personal finance with the academic integrity of formal financial planning.

He simplifies the complex topics of money and makes the boring financial mumbo-jumbo less boring. Joshua is an expert financial planner with a lifelong focus on advanced education. He’s also the most prominent prepper in the financial planning world, continually striving to teach others how preparedness and mainstream financial planning are perfect complements for one another.

He joins us today to discuss how to Survive and thrive during an economic crisis in a rational modern approach that fits well with our modern survivalist philosophy.