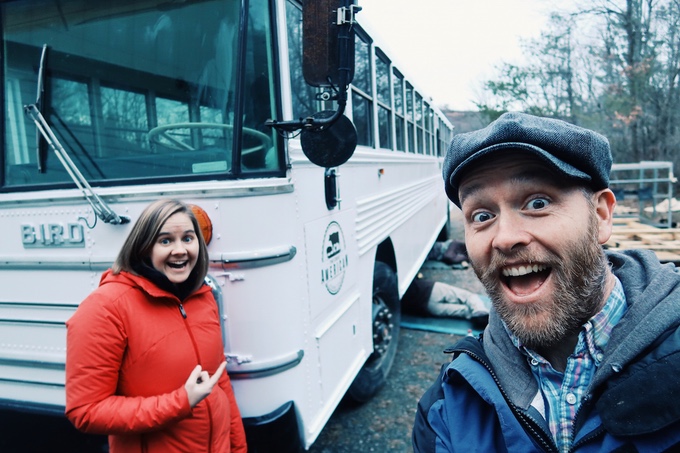 Chances are you feel a bit isolated. Not many of many of your friends or family are growing food.   Maybe you even feel a little “crazy” sometimes.  I’m thinking you’re gonna dig the farm tour. You’re gonna meet the coolest people (just like you) all over the country and see some of the greatest places.

I’m happy to say, that our farm, Nine Mile Farm is one of the farms to be featured on Justin Rhodes’ “Great American Farm Tour” this year.  So, if you’ve ever wanted a more intimate look at my day-to-day, this is your chance 😉

If you haven’t heard about Justin’s tour, his family of six has converted a school bus into an RV and will be showcasing the greatest sustainable yards, homesteads, and farms across America.  Justin will be creating daily Youtube Videos of the adventure and is currently crowdfunding for a feature length documentary.

Take part in the adventure by supporting his Kickstarter campaign, HERE.

In Doing So You Can Get Some Exclusive Kickstarter Rewards:

NOTE: Justin has been known for giving REALLY good deals to his Kickstarter backers. And, with his feature film selling for just $15, I think it’s a steal. I’d buy one even if I wasn’t in the film.  So check out The Great American Farm Tour and consider backing it today.