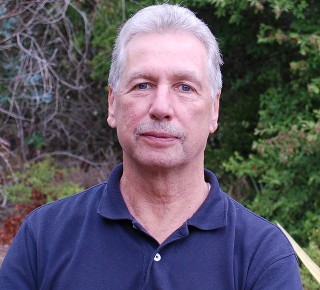 Jim Steel is a former environmental educator and scientist who began his career in 1983.  In 1983 San Francisco State University’s biology department wanted to close the Sierra Nevada Field Campus and use the savings to support more molecular and genetic research. In contrast the Dean of the College of Science and Engineering, Dr. James Kelley, was an avid supporter of field stations.

Dr Kelley understood that students must immerse themselves in the environment they are studying. Otherwise they would be forever misled by limited observations and the resulting bad models.

His understanding of climate change evolved as he sought to understand the causes of the declines in local bird populations that he had studied each summer as part of the Sierra Nevada Neotropical Migratory Bird Riparian Habitat Monitoring project. He soon discovered maximum temperatures in the Sierra Nevada had declined since the 30s as observed at the nearby Tahoe City weather station that is part of the US Historical Climate Network.

It became clear that the Sierra Nevada were not overheating despite publications blaming wildlife extinctions on global warming. The most important factors affecting local climate change were the cycles of El Nino and the Pacific Decadal Oscillation as well as landscape changes that had greatly altered the regional microclimates.

Believing the politics of global warming have been misguiding conservation efforts, Jim Steele wrote the book Landscapes & Cycles: An Environmentalist’s Journey to Climate Skepticism. And the lessons learned from his students helped shape his writing style, making the book’s science lessons most enjoyable and easily grasped by all.

Bob Wells Plant of the Week –

Li Jujube – This tree Adaptable from zone 5 to zone 9.  The Jujube is also called the Chinese date.  It is a round shaped fruit, reddish brown, dry and wrinkled, sweet and chewy (like dates) when fully ripe in early fall.

This is an attractive, easy to grow tree: hardy, drought resistant, virtually pest and disease free and it is self-fruitful, which means it does not require a pollinator.