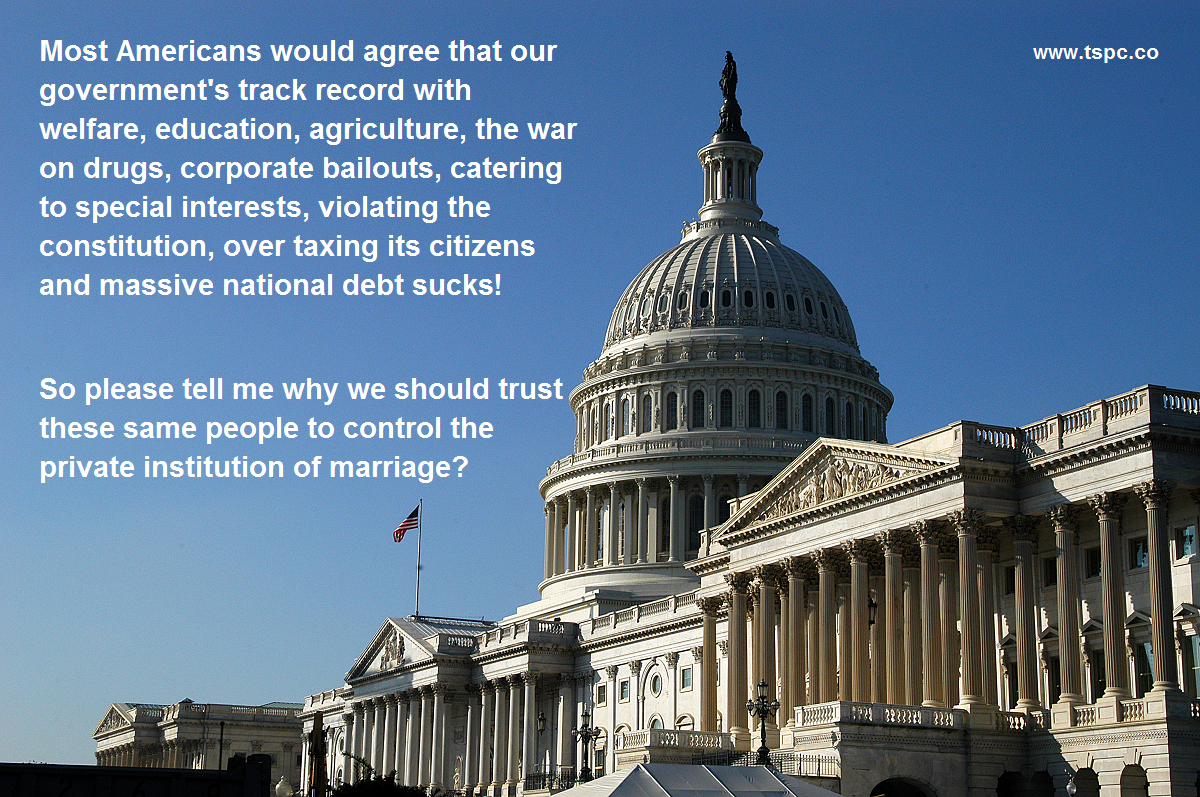 Just Something to Ponder!

Today I am joined by Token from our forum.  I am going to warn you ahead of time, her life is unconventional.  She is in a polyamorous marriage with a man and a women, both of them are her “partners”.

Quite honestly this is a lifestyle I do not get, but I also have no compulsion to tell others how to live.  However due to her situation she has come up against almost every legal consideration possible with marriage without the state’s official blessing.

This issue is important to many of our audience, as many are truly beginning to see that no matter your personal life choice there is no reason for the state to be involved in your personal relationships.

There is also a harsh reality, due to current law, the current court systems and many other interactions, marriage has many benefits, protections and privileges.  Simple things and complex things both, like can a child miss school for a funeral without ruining a 2 year college scholarship!  You didn’t see that one coming did you.

So what I would ask of the audience today is to put aside personal predjudicie is any apply here for about an hour, and focus on the real issue, how the state determines what is done with your family, your property and your life in direct conflict with written contracts at times, simply due to the presence of lack of a piece of paper with their seal on it.

In the end sadly there is no elegant solution available for a truly stateless marriage.  It is something we have not sufficiently built a parallel system for at this time.  Pealing back the curtain of this may begin to show you just how much power the state has over your life, even if this particular issue seems unimportant to you.

Sponsors of the day