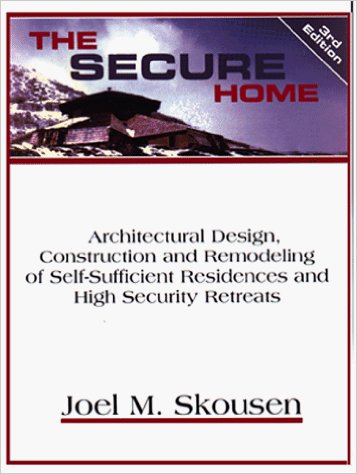 Joel Skousen is a prior service Marine officer and fighter pilot and is intimately familiar with security and defense issues. During the 1980s he served as the Chairman of the Conservative National Committee in Washington DC.

Mr. Skousen is best known however, as one of the pioneers in the survival/preparedness movement, having written the first edition of his Secure Home book clear back in 1979. His main career for the last 45 years has been to design high security residents and retreats across North America.

His design work is extensive including, safe rooms and alternative power systems. He is the author of four books, three on his special design innovations in security architecture and Strategic Relocation and one on law and government, his books include…

Joel Skousen is also the publisher of the World Affairs Brief—a weekly internet news analysis service. He is a political scientist, by training, specializing in foreign policy, as well as the philosophy of law, free market economics and US Constitutional theory. He possesses a broad background in various disciplines which allows him to analyze geopolitical issues from personal experience.

Joel also served as the Executive Editor of Conservative Digest where he developed numerous sources around the world. Mr. Skousen travels widely and reads and speaks multiple foreign languages–enabling him to access a wide range of foreign reports.