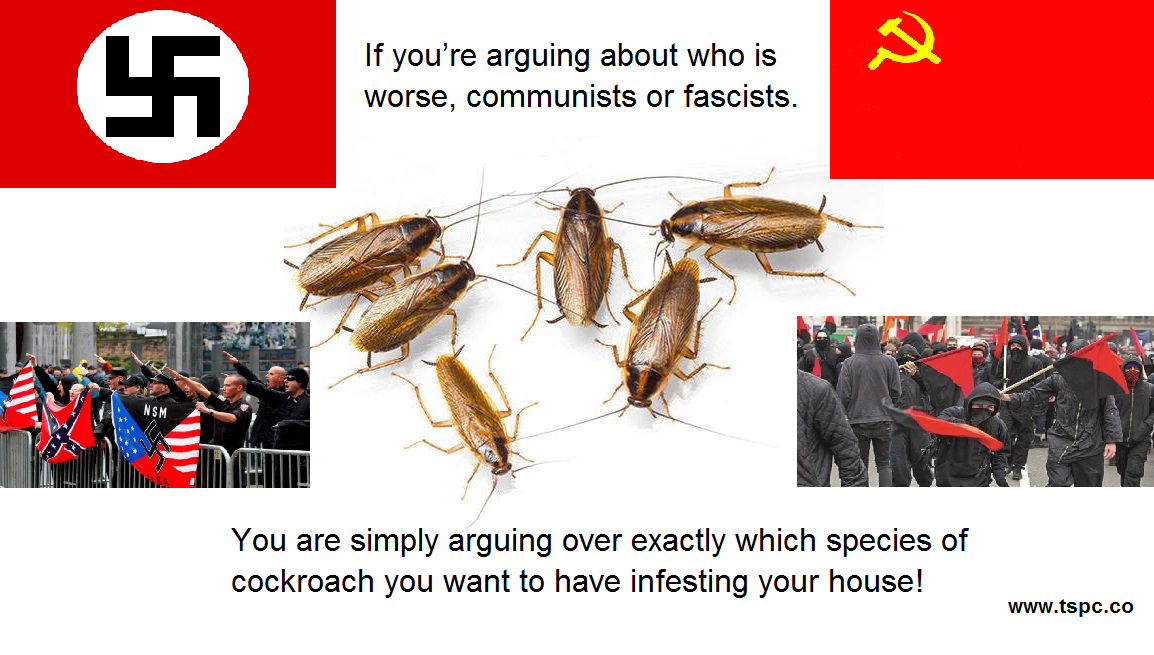 Today we are going to look at the radicalization of America, and I won’t say to both the left and the right, because those connotations are largely irrelevant to the subject of radicalization.

I posted a meme on facebook today, you can see it above, the assertion being that both antifa and the new Nazi movement amount to cockroaches.  There is a lesson to learn from the roach however, when there are but a few they are easily exterminated, yet once they colonize a structure you either have to bomb it or burn it down to get rid of them.