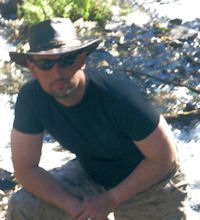 Today I am joined by Joel Ryals of Dunetos K-9.  Joel has been on TSP before to discuss how he trains dogs and how dogs can play an important role for the prepper.  While that was a great interview that you can hear at this link, today’s show is far more important.

Today Joel joins us to discuss his new training program know as the Dunetos Training Program.  According to Mr. Ryals

Joel’s training program takes young men though a variety of leadership, wilderness, tactical and adversity based skill sets.  The goal is to produce men that can be the leaders our society needs them to be.  Men who will raise children in the same manner, be solid husbands, entrepreneurs and warriors for liberty and freedom.