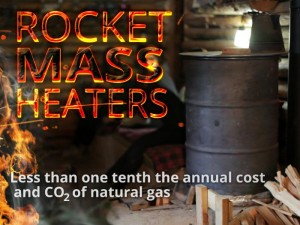 Over the years I have done lots of stuff with my buddy Paul Wheaton. He has been a huge supporter of TSP and is constantly doing innovative things to push permaculture further.

His latest project is a kickstarter for a new set of Rocket Mass Heater DVDs. I have seen his previous rocket mass heater DVDs, and let me tell you, these new ones look like a huge improvement. Much more information, better video quality, and the rewards for the kickstarter are pretty damn cool.

The four videos will be:

If you are new to rocket mass heaters, they may be THE cleanest, cheapest way to heat your home so getting this information out to world is pretty huge.

Click Here to Learn More and Watch the Trailer