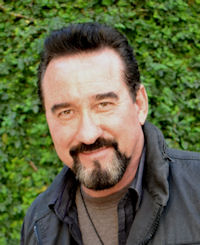 Richard Ryan is one of the world’s foremost authorities on martial arts, combative weaponry and self-defense. Recognized as a pioneer of the art and science of Reality Martial Arts, Ryan has taught his systems to countless civilians, law enforcement and military special ops in over 30 countries.

Holding Black Belt level or above in more than 12 different martial arts, Ryan was also a U.S. Protective Service Agent and Master Firearms and Edged Weapons Instructor for the U.S. Marksmanship Academy and the world famous Gunsite Training Center where he created groundbreaking integrated force programs.

Ryan also spent a decade as senior “use of force” advisor for AZPOST (Arizona Peace Officers Standards & Training) where he holds the distinction of having his programs taught by every law enforcement agency in the State.

Richard Ryan is know throughout the martial arts world as one of its most accomplished masters. In fact he has been inducted in every major martial arts hall of fame with honors ranging from “Combat Martial Arts Founder Of The Year, Self-Defense Master Of The Year” to the coveted “Professor Of Martial Arts Award.”

He is the founder of the Dynamic Combat martial art system regarded as one of the most sophisticated and effective fighting arts in the world today.

On top of his martial arts achievements, Richard O. Ryan is a successful actor having appeared in lead roles in both movies and television where he often performed double duty as both actor and fight director.

Richard’s programs and presentations are brutally honest, direct and highly enlightening and the success of his systems can be attributed to his no- nonsense approach to the martial arts and personal protection.