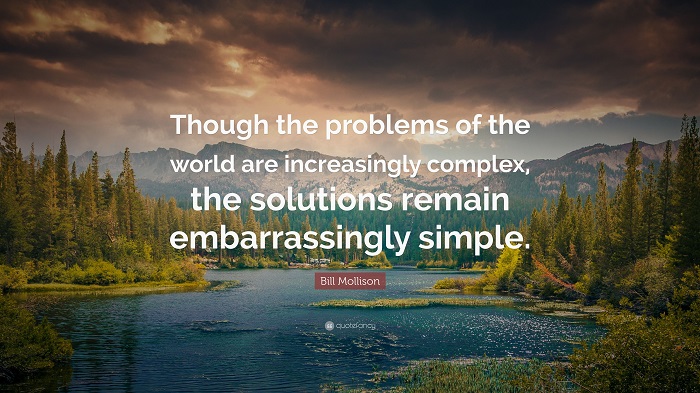 The key to making the principal of “the problem is the solution” it two fold.

In my view many times the reason we struggle so hard to solve problems both individual and global is a failure to correctly identify the actual problem.  Today I will take on some of the largest and most sensitive topics in our world.  Indeed I think you will see, when you properly identify a problem, the solutions to it become very evident, very quickly.