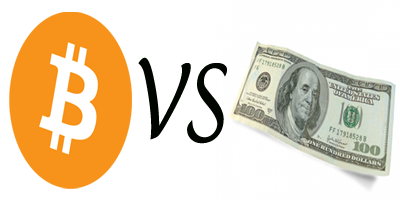 Recently a commenter on the blog here made a comment and asked some questions that showed a level of ignorance as to how bitcoin works that is typical in the space today.  However the claims were made by someone who claimed not only was Bitcoin a scam, but indeed he researched it so that is why he has drawn his conclusion.

He tossed in a bit of passive aggressive ad hominem “do you make money promoting bitcoin Jack” and iced the cake with claims that are so far from accurate at to defy belief if one is remotely informed as to how bitcoin works.  This is not to say that some alt coins and ICOs are not complete pump and dump scams, but this question and attack was specifically about bitcoin.

He then ended his claims with this, “I hope I will see an honest reply…no reply will be a confirmation to my message.”, smugness is one thing but smugness of the ignorant is a chance to educate those who wish to be educated.  So here is his original comment and my response.  The comment itself and my response can be viewed here.

I am happy to defend every claim I have made here, not to prove I am right but rather to educate which has been my mission at TSP since 2008.  I will conclude my intro with the reality that I rejected bitcoin myself for years, a costly mistake!  It made no sense, until I actually decided to truly attempt to understand it.  I can say this about BTCs creator, before he laid down one line of code, he perfectly understood how modern monetary creation and manipulation works.  BTC was a direct counterargument in code to it, and one that was very well done.

Note – My stern tone below is not a personal attack.  Please note the use of the word ignorance, not stupid or foolish.  Again I too rejected Bitcoin before actually taking the time to truly understand it.

Hello Jack. I value your advice on many topics, such as shooting, preparedness, ducks, homesteading, etc.  However, can you clarify your support of Bitcoin by addressing a couple of questions?

1. Do you financially benefit from promoting Bitcoin/cryptocurrency?

2. How is Bitcoin better than any other fiat currency?

It is not backed by the full faith of the US government, for example. I have researched and even used Bitcoin, and I find it, in simple terms, to be a scam.

Why? It has no audit process, no way of keeping them honest, no trail and no verification procedures.

I hope I will see an honest reply…no reply will be a confirmation to my message.
Keep up the otherwise good work.

1. Yes but I was a big supporter of BTC long before I ever made a dollar from it by promotion or ever planned to. Opportunities along the way arose and I accepted two good ones, that is all, this question is almost insulting by the fing way.

2. Everything you said here is either wrong or backwards.

“I have researched and even used Bitcoin, and I find it, in simple terms, to be a scam.” – That demonstrates a complete lack of understanding of what bitcoin is and how it works. We will see that as we proceed with your next claim.

“It has no audit process, no way of keeping them honest, no trail and no verification procedures.” – And there you go! You know the big rallying cry of “audit the fed” that has been sounded and unanswered for 10 years now, it is US debt backed currency with no real rules, no means of audit and the creation of wealth though debt that is the scam not bitcoin. I don’t know what research you did but I hope you don’t also research like new cancer treatments or something because your research method is total shit. Sorry it just is.

First anyone at any time can audit the blockchain, it is public and fully disclosed. Every rule to how the blockchain and BTC work together is known publicly and changes are only made by consensus of the community in which chain they follow as BTC etc. The blockchain is in fact the ULTIMATE TRUTH TELLER, you can’t change it retroactively, it is, it says this happened. This transaction occurred at this time, it occurred between these addresses. This bitcoin now exists here and until transferred can’t exist anywhere else ever.

Unlike US government money which now has a M3 of about 13 Trillion (we think because there is no way to audit anything) BTC can’t be inflated, such a thing is impossible. There will only ever be 23 million bitcoins, it is in effect a cap and fractionalize currency. So it encourages saving, lowers costs and wages over time. It is not subject to government controls, they can try but they can’t do it. If you want to wire 5K to a nephiew in Japan tomorrow you don’t need permission of the state to do so. Neither of you even need a bank account for this to occur.

Your claim that there is “no way of keeping them honest” shows a depth of ignorance so deep you should not even be speaking about crypto currency at all. There is no “them” you use that pronoun so tell me who “they” are? If you want a they that is screwing the people with a scam, there is the “they” of the Federal Reserve and the “they” of the Fractional Reserve Banking System.

I am sorry but do you even know the current process of monetary creation that occurs in our banking system, how it works, do you? Do you comprehend that when a bank loans you say 200,000 dollars to buy a house that they don’t give you 200,000 dollars, that it is created by your promise to repay it out of thin air?

Bitcoin is the most publicly audible currency ever created. There have been advanced skilled hackers, haters, wanna be counterfeiters watching it and doing their best to tear it apart from day one and combined they have accomplished the square root of f-all. People have been making claims that BTC is a scam, just a fad, a bubble, etc for 7 years now, 7 years. Bitcoin came on the scene worth about $0.008 and rose to $0.08 in the first month, that was July 2010. That is forever ago in internet terms!

In April 2011 BTC achieved dollar parity and cries like yours rang out and the drum beat of “tulip mania” was worked up by those with no understanding of tulip mania or bitcoin or frankly money. Today BTC sits at 6500 dollars, it will go up and down sure that is the nature of the currency, but over time it has preformed exactly as designed. Oh and people that keep saying “tulip mania” should realize that “Tulip Mania” lasted about ONE YEAR.  If I want more tulip bulbs how do I get them? I shove one in the ground and get 10 next year by division. Dear God but the depth of ignorance in this analogy is amazing, and some very smart people continue to make it.

Again this statement “It has no audit process, no way of keeping them honest, no trail and no verification procedures.” demonstrates a level of ignorance as to how Bitcoin works that is staggering coming from one who says he “researched it”. What research did you even do? How can you claim that there is no auditing when the entire block chain can be audited, that we need to keep “them” honest when there is no them and that there is no verification process when the entire process of mining is verification and everything is written to an immutable public block chain that anyone can audit at any time?

So much for your smug attitude about confirmation of your message! Now tell me why is Debt Backed Currency superior to crypto currency? There are actually some ways that it is, for now, which is why the majority of my wealth is in dollar backed instruments and cash and WHY I ALWAYS RECOMMEND THE SAME (for now).

As I said in my intro, the person that created Bitcoin had a perfect understanding of the modern money system, velocity of money, fractional reserve banking etc.  The primary reason most fail to “get bitcoin” is that they don’t even understand the monetary system.   In an effort to fix that I recommend these resources.

“It is well enough that people of the nation do not understand our banking and monetary system, for if they did, I believe there would be a revolution before tomorrow morning” ~Henry Ford