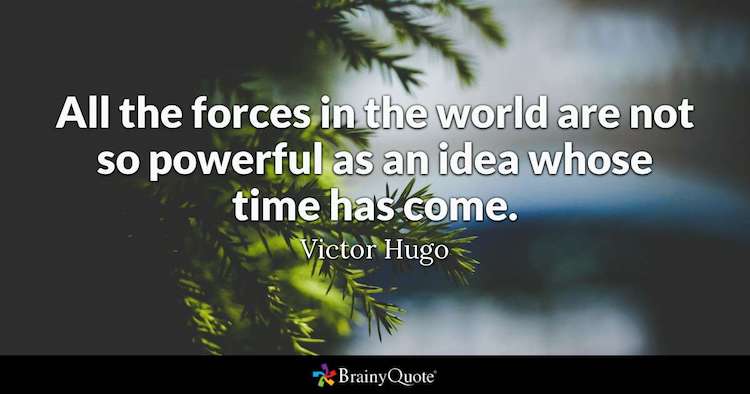 I have been huge on the technology of NFTs since I first learned about them.  On the other hand I have also been on record saying most of what is being done with them is beyond stupid.  People buying the rights to a jpeg and other such nonsense often for 10s or even 100s of thousands of dollars.

Recently I happened on this announcement from Algorand and LiquidVineyards.  Now this is the type of thing I have been talking about. The basic concept is perhaps you want to invest in XYZ vineyard and buy the rights to say 3 vines in that vineyard.  All your vines are RFID tagged to you and that links to an NFT you hold.  You know own the rights to those vines and their production.  In this example you can buy those rights from 3 to 30 years into the future depending on how much you want to invest.

You can take the wine directly or hold the wine to sell later as an investment or sell your rights to the vines in the future or some combination thereof.

Now I want you to ask yourself a question here.  Would you consider this, assuming you don’t have some ethical objection to wine (alcohol).  I think most would, may be not do it, but consider it.  As in yes this is an investment that might be worth considering.

What if you got the fractional rights in a piece of very expensive equipment instead, but you know in 1-2 years this equipment would be worth a fraction of the cost?  In 5-6 at best it would be obsolete.  May be it MIGHT pay off short term, may be not, it is a guess.

If that were all you knew would you pick the rights to this expensive tech or say 5 vines on a very well established vineyard for 30 years?

Now look I would not do either without more info but if I had to pick, I’d pick the vines and if I could own them even longer I would consider that too.

Why?  A grape vine can and often does produce for more than a century and the older the vine the more valuable it and its resulting wine tends to become.  Look I am not saying go buy into vineyards with NFTs, no I am making a simple point.  What would you want to own a part of?  A long term asset, something based on quality and growing value (like a tree) or cheap shit that is replaced via planned obsolesce?

On top of this I have been discussing how Bitcoin is “hard money”.   Moreover, that when hard money ruled mankind built things that lasted for centuries or more.  The buildings in Manhattan alone that were built in the 1800s and early 1900s show this.  They were of course built when gold was money.

Now if you take something hard and honestly the apex predator of financial assets, like Bitcoin and it becomes the “money” of a society.  To be clear the money not the currency that stores value in a way that is infinitely more secure for the average person than anything that has ever existed in the history of man.  Then you add to it, the world of “digital currencies” which allow fast, seamless, trustless transactions around the world.  Along with some that make these transactions totally private.  Then add in lending via DeFi, what is the point of a bank?

There is only one real thing left, investing in real world going concerns.  This has been done up till now with stocks and futures.  This system is inherently unfair and is constantly skimmed by the people in real power with access to unlimited cheap fiat currency.  Additionally investors are buying a promise, an idea, a thing they simply 99% of the time do not understand.  You can own 100K dollars in Ford stock, you really have no say in operations and no direct way to know how much profit you are entitled to.

Sure they pay a dividend and the people that control the company first spend as much as they want on things like bonuses to themselves, they then vote on if to pay one and then on how much to pay out.  Additionally the small businesses you would prefer to invest in can’t play in this market.

Enter the NFT!  I am telling you humanity can and will build entire communities on NFTs.  And I mean both small local ones and giant digital tribal ones.  And the majority of investment is going to go into hard assets powered by hard money, though infinitely fast and flexible currencies.  Sal Mayweather called this the “tokcambrian explosion” and you can hear about that in this old episode of “Unloose the Goose”, but I don’t think he or I or the others in that panel had any real idea how big it was going to become.

So many people who wish to do good have been sucked in by what is known as a “resource based economy”.  Folks it sounds wonderful but no economy can run on people who sit with their feet up on the bike while everyone else pedals.  Well you can but largely it is what we have now!

What I propose today is an “ownership economy”.  Not where one person owns another (again largely what we have now, as in fractional slavery).  No, rather an economy where people take ownership in things, companies, products, communities, etc. that they believe in.  They do so by contributing their energy (thermoeconomically) into them.

Is there a restaurant you love, a local place that is family owned and managed to survive the CoVaids plandemic?  What if you could buy an NFT in some part of it, may be it also conveys priority seating during wait periods, etc.  Great now when you are deciding between a chain and this local place and you have ownership in it, which are you more likely to go to?

What else can you come up with.  Fractional ownership in say real estate?  May be to create affordable options for the next generation.  You can do good and profit you know.  How about a tree or two at a high end apple cider orchard, if you can do it with a vine why not a tree?  A new version of private schools that charge an affordable tuition?  A new truly public hospital, that provides affordable care, not free care for all?  An entire planned community?  An organic cooperative? A health share initiative?

When I say ownership economy I am talking about having a vested interest in the success of businesses and companies that you really love and want to succeed.  At the same time being able to know your contract with them will be enforced in a trustless manner by technology with zero need of the state.  An economy where people are encouraged and rewarded to take risk but risk can be mitigated by actual knowledge of what you are investing in and the ability to influence the success of the entity.

A slow wealth building strategy over time and one that can become generational.  With no government needed, no central banks needed, no real regulators needed.  Don’t get me wrong, all those entities will get in the way, impede and try to scrape some of the results, they always do.

However we all know,
“All the forces in the world are not so powerful as an idea whose time has come.” ~ Victor Hugo