I have put my ear to the rails and I hear the train coming it is a good thing over all but it is also fuckery consistent with what has been going on all year. All the FUD about banning crypto, regulations that will kill it, etc is exactly that, just FUD.

The billionaire class has made a decision rather than ban they plan to co-opt and they also know they have already been heavily “front run” and they don’t want any more of it that they have to allow at this point. Everything institutions are doing right now is about one thing, getting their money in, quietly as possible with as little upward pricing pressure as possible.

For every Michael Saylor pumping bitcoin there are 20 with similar wealth quietly accumulating and wishing he’s STUF already about it. Clowns like Mark Cuban have been pumping Doge, Cuban even accepts it at the Mavericks games and official Mavericks shops. He says it is “good money”, but let me ask you if you think he is accepting Doge or instantly converting it to either BTC, ETH or USD?

It is a game and we are going to get an ETF soon, may be before OCT ends but it is going to come with extreme and I mean extreme fuckery! It won’t be a spot account ETF which would be the safest for small investors and likely instantly available in almost all IRAs, and would be easy to get into 401 account too. No it will be a BTC Futures ETF, these are far more risky and for advanced investors.

It is basically trading options inside an ETF. BTC could go up and you could lose, is the most basic explanation of what that really means. Debra in Des Moines is not going to move 10% of her IRA into such a fund, and Jim in Jacksonville won’t see it as an option in his 401K either.

It will let tons and I mean tons of charter restricted money into BTC but not most of the money the average Joe, Jane or Debra has allocated for investing. Translation if you already hold BTC it is great for you, however those who have been waiting for their tax deferred money to has a clear pay to it will once again take it in the butt hard.

Oh and don’t think they won’t use it to push the price down with short selling while they stall hard on the spot ETF. Because trust me this is exactly the plan. Doesn’t mean it will work but it is the plan. The real money is about to pour in and they want to get as many sats per stolen dollar as possible. 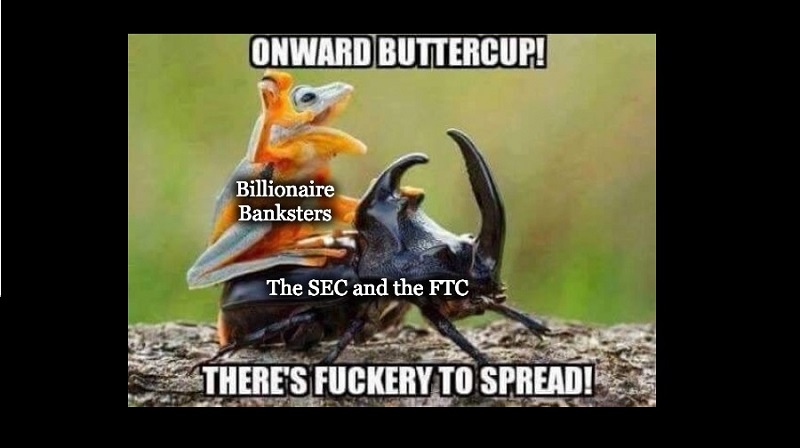