There has been a lot of fear based shrieking about the new infrastructure law and KYC requirements in it that could have broadly applied to crypto. This has already been narrowed by amendment to basically no do nothing really new. In the end though it does not matter.

Crypto must be seen as what it really is, a genie which now having escaped its bottle, can never be put back inside. There is a race going on that is honestly where bitcoin started, and hence it can’t lose in the end. The race is zero cost to the user as it pertains to any centralized agency profiting from the users activity.

This of it this way, I send you a crypto transaction, we use a peer to peer transfer. Me to you, no broker, the way BTC worked, well the ONLY way BTC worked in the beginning. Is there a cost? Of course we call it a mining fee.

Contrast this to you go to JoeBlows Crypto Exchange. You buy say Litecoin with Bitcoin. There are network fees like always, 100% decentralized. But JoeBlow charges a trading fee, JoeBlow is a “broker” and JoeBlow is a target.

Now JoeBlow if smart is likely say in the UAE or Cyprus away from US law to a large degree. But the US and other governments can still harasses JoeBlow, may be even arrest him if he goes to their nation under they laws, if they can prove he does business with their citizens. Even most DEX exchanges currently work this way.

But what if there is no “JoeBlow”. What if all that exists is a network, a DAO may be, may be something new that is like a DAO or something totally new and innovative. What if you power the network when you use it, just like Bitcoin and running a node? What if the network self funds by participation? Sort of how lightning works? Kinda but not really?

What if all it is in the end is coded governed by consensus anyone can participate in with no identification, or what if identification is a secondary ID. Bill is Bill but on network he is 09872BR76R9. That entity has a reputation score, you know he has done business with dozens of other entities and everyone is happy.

The rules of the network are controlled by smart contracts. Bill can sell you XMR for Bitcoin or anything he wants, not just trade crypto, though it is where it should start. And this network is basically a blockchain like Bitcoin’s Blockchain. There is no building to blow up, no one to arrest, no way to control it, because it is only a network.

A network that runs on “nodes” and anyone using it is a node and all nodes are compensated in some manner based on how they aid the network. Is this what will come next, may be, may be not. The real point is nothing they do can stop this now. The government can win any physical arms race, but they can’t win an arms race with code based technology. In fact the bigger and more powerful the government the weaker they are in this battle, today I will explain why that is the case. 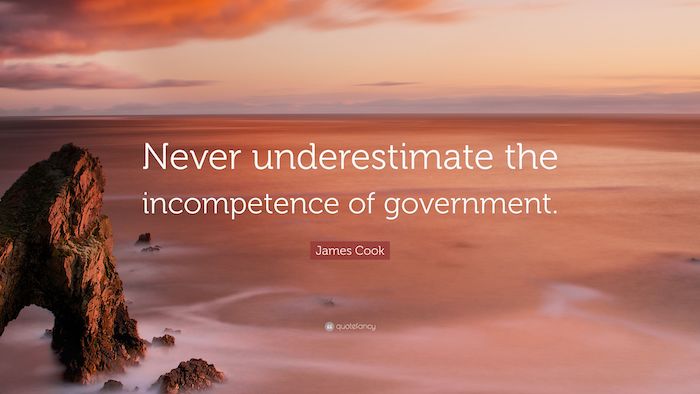