There are a lot of well meaning yet misguided folks in the liberty movement, frankly a better word may be delusional for them. Such people often speak of “natural law” as though it is some sort of anti statist mysticism. Learn the right words to say, and what not to say and most of the laws that apply to others, do not apply to you.

With the right magic words you too can….

These people think the state tricks you (well it does but not this way). For instance in court they will say a judge may ask you, “do you understand” but what they are really saying is “do you under stand” as in agree to stand under the authority of the court. Just say no and like magic you will be able to argue under a different code of law and they have to let you.

Nothing about any of this applies to actual “natural law”. You can argue natural law in court, on rare occasions it might even work. In our nation though you will be judged in the way the judge you have orders or does so. This will be under the way THEY PERSONALLY interpret the constitution (federal and state if applicable) and existing laws and codes. You can say any magic phrases you want, it won’t change shit.

There are in fact ways to properly deny government officials entry to property, to deny them information they even demand and claim you must demand. None of this is about “natural law” though, rather it is understanding the State’s rules and using them against a state employee who is required at least on paper to follow them.

Let me end with this, you can tell me shit like….

I will tell you I know of people that see meth all the time and get away with it, it does not mean they will not eventually go to prison for dealing meth. We all know people that break the law constantly, sometimes practically in broad day light who get away with it, many are congressmen!

It won’t do you any good though when the complaint driven system of the state actually catches up to you. Still natural law itself is valid and there are two ways to look at it for liberty minded people. Today we discuss both. 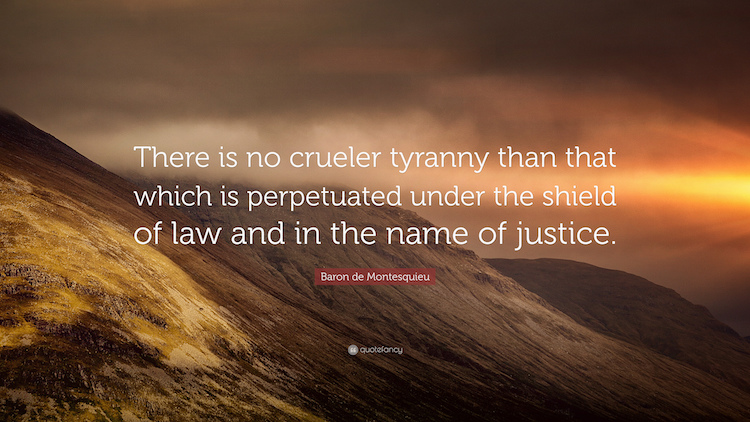