Yesterday I got tired of the nonsense I keep hearing over and over and made a simple meme, the one you see as the thumbnail in this video. It is of course Ron Paul with the slogan,

As expected the apologists showed up. Basically saying well, the reason is things like….

Okay I will admit the media did harm to Paul’s campaign. They left him off polls, etc. In the end though Ron struggled to ever get into double digits in a national poll. The problem is in liberty circles we tend to spend most of our time talking to people that actually want liberty.  Worse many of us just write off the objectors with stupid terms like “libtard”.

I’ll drop a quote on you now…

Indeed it is time to put away childish things, if you are truly pro liberty, you need to accept you are in the vast minority. While freedom is the natural state of humans, modern humans are a domesticated species and most lack the courage required to not only go feral but be okay with others doing the same.

Strap in this one is going to be fire! 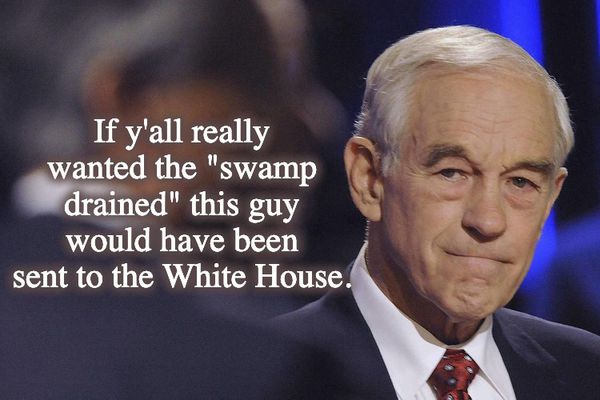