I really love the quote I used for this videos thumbnail, it is almost as good as the one by James Redfield I was trying to find. The quote is of course…

The quotes I was trying to find is even more in line with today’s episode. It was to the effect that paraphrasing here, “in the future citizen journalists with small cameras will dominate the world and tell the truth the big media won’t”.

I can’t remember the exact quote but it bares mentioning this series of books (4 in total) was authored from 1993-1999 and I am pretty sure the quote I am referencing was in the second book released in 96 (The Tenth Insight) at the latest it would have been in The Secret of Shambala (1999). So this is before everyone and their brother had a YouTube account and social media dominated the world.

Redfield had some other predictions written into his novels that were fiction of course but meant to convey spiritual truths. One was that in the future people would tithe to each other when one person gave information of value to another. This was absolutely in the first book released in 1993. Long before social sites integrated micro tipping.

In other words Redfield like most visionaries got the what right, but not really the how. We don’t run around today with VHS camcorders and write paper news letters and tip people that help us along the way with a few USD. But we do carry a high tech video camera everywhere we go, we use blogs, micro blogs, video and audio platforms to decimate information. And people do send money (more and more as crypto) to those how provide information seen as valuable.

More! Despite “big tech censorship” there is really no censorship in that anyone can get out any information they want to and anyone who really wants to can find it. On top of this new platforms are being created to make it difficult to impossible for even the creators to actually censor content. And we are just getting started. Strap in today as I lay out what I think the next decade will look like. Much like Redfield I expect to get the what pretty well nailed down, as always though as technology evolves though, thought will along with it.

P.S. – I loved the first of Redfield’s books enough that I read them all. They were all good, not great though. Lots of woo woo in them, some way beyond my system of beliefs, however, there is a lot to learn in them. The first two are better than the third. The fourth is okay but it does so much rehashing and the story while having new settings and supporting characters along the way, never really changes. Bluntly it is a series more successful for how insightful it is than the story telling skills of the writer. 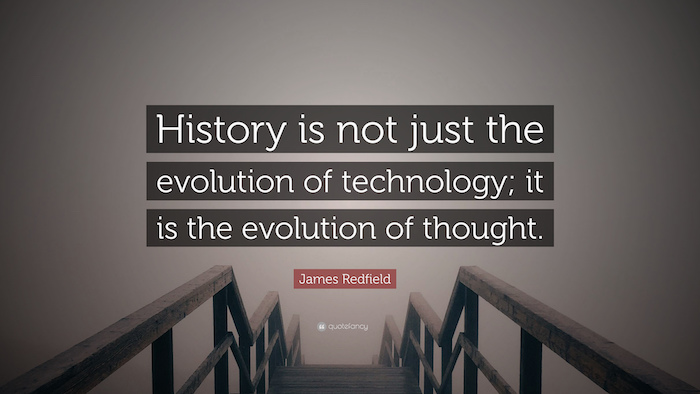