I have heard a lot of talk about “breaking up big tech” recently and this is coming mostly from the right wing media, for now. The truth is before the last election a lot of democrats were talking about things like this as well, even Biden was. For some reason he seems to have forgotten about it since the election. Annnnyyyyyywaaaayyyy

Here is the thing breaking up big tech is a stupid idea. The example being given right now as to when it worked before is the AT&T break up in the 80s. You know what that did? Nothing. I created the “baby bells” which became regional monopolies, went into wireless which was coming anyway and was mostly reconstituted into AT&T and today is the 800 pound gorilla as always.

The other examples given include the break up of the rail road monopoly. This is actually a great one to look at for why breaking up big tech is stupid. First at least the rail roads were limited to one network of tracks where only one train at a time could be in one area of the tracks. The internet is like a billion billion sets of tracks all that work for everyone.

Next while the rail system was the system in America at the time and the rail barons did have the nation by the balls, not long after the “break up” which again didn’t do much long term anyway, the entire thing became moot. A new technology took over, roads and trucks. We were never going to lay a second or third set of tracks, it was a new network and new tech that eventually brought competition.

I can sum up the big tech problem today mostly with the following….

We all make choices every day, and once again the childish people are asking “Mommy Government” to provide the discipline they will not provide themselves. And in the end it won’t work anyway. Separate YouTube and Google Search, ya think all of the sudden YouTube will stop censoring videos? Separate AWS and Amazon, you think they won’t deplatform others for wrong speak from AWS anymore. Separate Amazon from third party sales and all you do is hurt the third party sellers. Separate Instagram from FaceBook, think that will make “FaceBook Jail” go away?

Just as roads and trucks where the real solution to the rail monopoly and a myriad of solutions that only began with wireless were the solution to MaBells monopoly over copper, so to is the solution to big tech’s so called monopoly.

Oh and if you call yourself something like a “free market libertarian” and you want government to break up big tech for you, do me a favor. Go punch yourself in the face, because it is what you deserve.

Alternative social media as many call it, new media as I call it will soon become a massive “lose technology federation” which will be far larger than big tech. It will use a combination of the current net and new tech like blockchain domains and IPFS to do this. It will have far more power than the current big 4 in the end. If you want that, you don’t want a “big tech break up”. 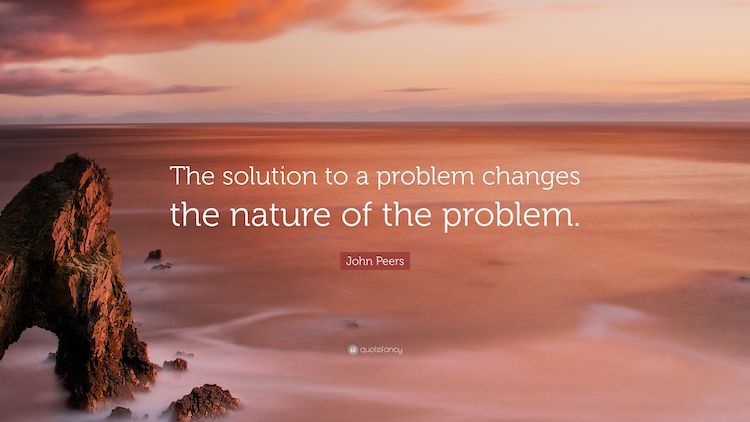