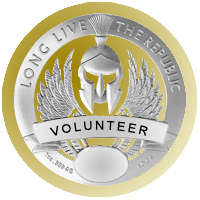 We Need You at CAC!

In October of 2012 I rolled out of my warm bed, headed to my kitchen and poured a hot cup of coffee.  I walked my dogs, breathed cool beautiful fall air and got ready to head to my office (at the time called The Ant Hill).  I went inside and turned on the news to see how things were going for victims of Hurricane Sandy.

I sat there for many minutes awestruck at what I saw.  Not so much the devastation, it was expected and I  had followed the storm closely.  I was mostly struck by how little people had, how unprepared they were.  I watched upper middle class people dumpster diving for food after only two days of aftermath.  I watched as people clamored where there was power to use small power stations people had set up just to charge up cell phones and tablets.

I saw people who had waited for days for some level of help, get no help.  Some I felt like, why the hell don’t you get out of there and go to where you can get help, get supplies, etc.  Others I realized had no where to go, no car or their car was dead from storm waters.

I watched big charities like the Red Cross run countless TV commercials to raise funds but not do much for the first week.  Later we would hear from the Red Cross’s own employees that funds and assets were diverted away from the Storm Response.  Based on the Red Cross’s Haiti Response this I already suspected things like that would happen.

After considering this I climbed into my big old red F-350 and drove to the Anthill, during the 15 minute drive all I wanted to do was go home, load up some stuff and drive to NJ/NY and “help”.  Yet I realized I wasn’t prepared to help, I would not really know where to go, who to help, what to do, how to do it and likely the first responders there would see me as a hindrance and prevent me from helping.

I started to conceive of a faster, more agile response force.  One run by preppers that would ignore a lot of red tape yet be official enough to operate without interference by other responders.  One that would simply go where the other organizations were not helping yet or where they were never going to help.  It would provide food, water, power, communications, a place to clean up and some guidance of what to do next.

The critical thing was we could help in the first 72 hours when the big companies were just “getting set up” so that the eventually could help.  A group where inbound volunteers would communicate with on the ground scouts and buy what was needed on the way in.  So if you contributed to help today, your contribution could help today for the event you contributed to.

That day I floated the idea on the air, 13 days later the idea had coaleced into a concept I at first called the TSP-DRT with DRT standing for Disaster Response Team and did this podcast about the concept.  From there I assembled a “Honcho Team”, two of whom Greg Gray and Steven Harris join us today to discuss the final result, Citizens Assisting Citizens.

Join Us Today to Hear…