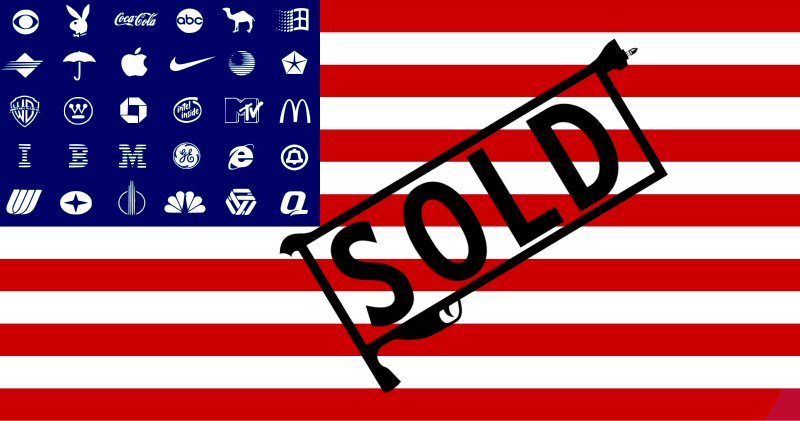 Let me answer that question, with, yes it is, and no it doesn’t.  A friend recently posted on facebook the following,

FASCISM: An alliance between government and industry to fleece the citizens…..At least this is how I define it.

This is close but the key is to acomplish this fascists see the differences between the classes as advantageous and they feel the role of the State and the Corporatocracy is to mediate those differences and leverage them as mediators to the advantage of both the State and industry.  This is seen as neither laissez faire capitalism or full socialism, rather a “third way” that offers the advantages of both.  You know like a supposedly capitalist nation with hundreds of billions of dollars spent on “social services”, does this sound familiar?

In a fascist State, the State controls every major industry and human need, food, water, energy, medicine, housing, transportation, the media, communications, etc.  Would you please give me one of those without a multi billion dollar federal department and stacks of rules and regulations that fully control how they are managed, delivered and consumed in our society?

The truth is our nation has been a neo-fascist State for well over 100 years, but now because a guy with bad hair is POTUS all of the sudden people are aware of it?

Neo-fascism is also far more nuanced and effective at controlling people, you can only imprison and kill so many people before you run out of people.  Neo-fascism uses a false dichotomy (called a two party system) to convince its people they have a “choice” which they do not.  This enables all the other key aspects of fascism with the people blaming one another for their oppression.

This is very useful to the State which is the mechanism of said oppression and the Corporatocracy which is the source of it.  I mean you did know almost every bill that becomes law is actually written by lobbyist firms and handed to elected officials right?  Did they teach you that in political science?

Let’s examine my claim deeper by taking one aspect of fascism, that it is to be “fiercely nationalistic” to the point of extreme violence in defending nationalist ideology.  The neo-fascist knows it is more effective to first use the threat of violence rather than actual violence as it keeps good drones doing their work, what ever it may be.  So you create an environment where even if both sides of the false dichotomy hate each other, they are fiercely nationalistic and condemn anything seen as not so.  In effect you create an environment where the prisoners police each other and the guards only step in if things get “out of hand”.

I know you will point to idiots burning the flag in the street as proof the left is not fiercely nationalistic.  However those idiots are no more representative of the main stream left then the actual American Nazi Party is of the main stream right.  Doubt me, post something defending the right of a person to burn their own flag as free speech on facebook and threats will descend upon you from the left, the right, the center and even many who claim to be libertarians.

Say you won’t vote in an election (like I did here) and be prepared to be attacked, mocked, called names and threatened with violence by people from both sides of the dichotomy.  Why, America is fiercely nationalistic, that is why.  And the State has no need to enforce this, the people do it, they like to do it, they enjoy doing it.  Again democrat, republican, centrist, etc, in the end, most Americans are statists at heart, so in the end they will defend even with violence the State itself.  Can you see how much more effective this is than police or soldiers doing the enforcing?

Concentration camps?  No we don’t have those and neither did Mussolini and no one claims he was not fascist.  Hitler was a fascist but he doesn’t define fascism.  Well he should not define it, but you see, making it so, is great if you are running a neo-fascist state. Hence your people don’t recognize the fascist pattern controlling them.  They yell and scream that “we can’t be fascist, there are no swastikas, no gas chambers, no eugenics” (eugenics, um well we can save that for another time).

I would point out though that we do have a parallel in America today in our prison system to concentration camps.  Now I am no bleeding heart, there are people in that system who I think would be better served with a bullet in the head and a hole in the ground then living their entire lives paid for with the taxes of working men and women.  But there are also literally millions of men and women in our prison system for victimless crimes.  They have literally harmed no one, stolen nothing, impeded upon the freedom of no person.

These people work for companies that BUY THE PRISONS and hence BUY THE PRISONER’S LABOR IN THEM, to produce products and do work for pennies an hour.  Didn’t we used to call this slavery or at least indentured servitude?

And once they are released, even when we say “they have paid their debt to society” they are forever MARKED as bad, and can’t even get a decent job.  Keep in mind I am talking about people who were imprisoned for crimes with no actual victim here.

These people often end up in the prison system for life, marked as “bad” by the State because they can never get ahead in life, due to that mark.  And you know what, the people are the ones that enforce the mark, not the State.  Once again the people do it, they like to do it, they enjoy doing it, they feel they are good because they treat “bad people” poorly.

Yes the United States is a fascist State, more accurately a neo-fascist state and if you think that has anything to do with Donald Trump you have no idea at all about the real problem.  Further if you see this article as pro Trump in any way, at all, you have just proven every word of it as accurate.

Final note, another hallmark of fascism is being comfortable with extreme power of the State as long as “your side” is in charge.  Well news flash, in a democratically elected republic, sooner or later, your side won’t be in charge.