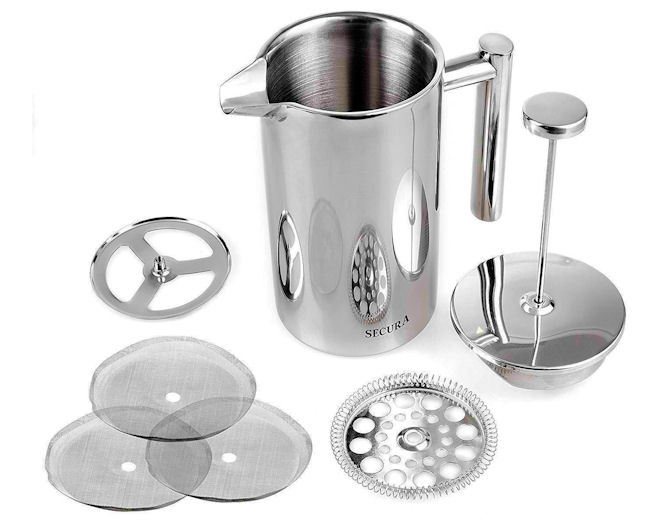 Pricing Alert – The 34 oz version of this item is on sale right now for 33% off.  They also have a 50 oz version which I have personally standardized on that is marked down an awesome 41% today.  I personally do recommend the larger one.  It will make 3 big cups of coffee or about 5 standard sized cups.  We have two and use them ever day.