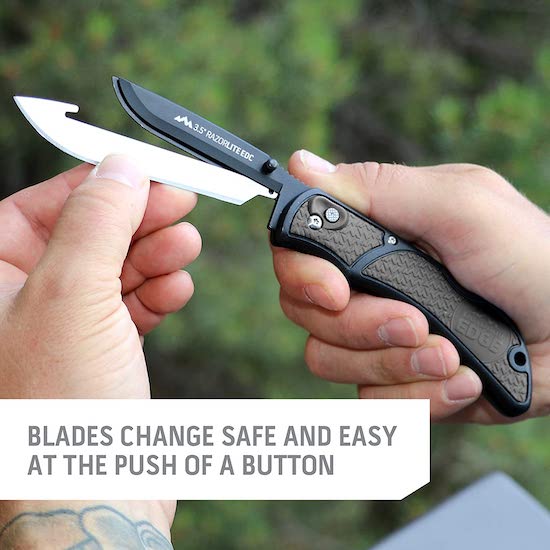 Special Note – I have now been carrying this knife daily since April of 2021 and could not be happier with it.  It is an ideal gift for any prepper, outdoorsman, etc.

I have now after carrying this little knife for over a year and on multiple hunts and fishing trips.  In doing so I have retired my EABs forever.  Yes the blades cost more but they also do a hell of a lot more.  You also should know by now I look at total cost of a thing, not the unit cost.  If you use a steel to keep the edge true you should be able to again do that about 10-12 times, this reduces cost over time by 10-12x without much work.  Again if you know how to use a sharpening steel (and you should) the J2 steel is soft enough that it is like spreading butter to get it back to an absolute razor.