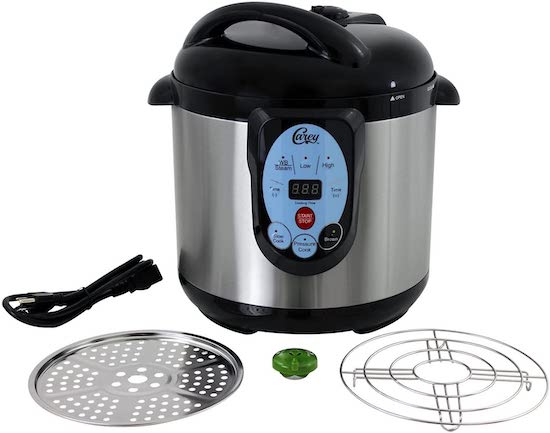 Special Notice – I want to clear up some confusion.  For a long time I have recommended the Chard/Carry Smart Pressure Canner and Cooker.  That caused confusion as Chard consolidated under the Carry Brand as they were actually both brands, (think say GM and Chevy).  Not long ago Nesco bought out the Cary Company.  This canner/cooker is the exact same model the only thing they change is the name they print on it.  You still see them both ways, they are the exact same thing.