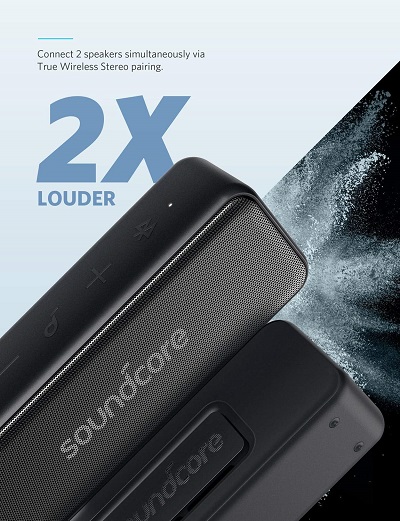 Today’s TSP Amazon Item of the day the Anker Soundcore Waterproof Bluetooth Speakers specifically two models.  Both are IPX7 Waterproof, both have wireless stero paring with a second speaker.  So how do you choose? Here we go…` 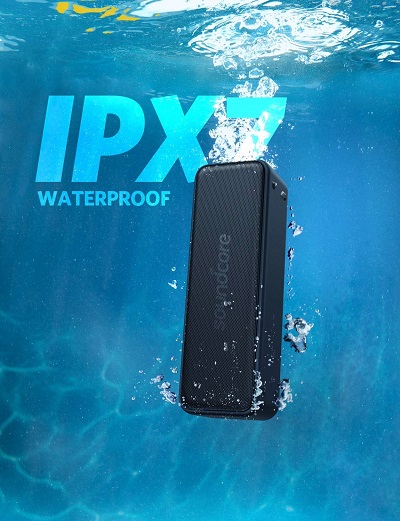 What all this means is if you want a speaker that can play louder and have the base to go with it, the Boost is a better speaker.  In my opinion though, no matter how you look at it both are a solid deal.

Don’t over look that 2X paring!  Yes all three have it, BUT, what this means is for 42 dollars, you can get two Motion Bs, and create a true stereo environment with any bluetooth device.  Think cheap surround sound with say a laptop playing movies.  Or any TV with bluetooth ability.  Or think two on each corner of a deck or patio.  They also do play while plugged in for charging.  So if you have power in an area they are essentially a permanent system.

Anyone will love this as a gift, and it is the kind of speaker you don’t freak out about taking to public places.  I own a 300 dollar Bose speaker, it is fricken awesome, but it is also 300 fricken dollars and is not water proof.  I am not sitting it on a table at a camp ground!  Hell I don’t even trust myself not to forget it and leave it out in the rain when working on the back end of my property.

So how good are the dang things after all that?  In short, they are both very good.  Now are not shake windows loud but I’ll put it this way.  If you are hanging out in a group and chatting with music on, you won’t want either all the way up, it will be too loud.  But if you are listening by yourself and do turn it all the way up it can handle the power and still sounds great.  The over all sound quality is excellent and one even survived Dorothy driving our Subaru Outback over it.  I don’t advise doing that but it does say something that it survived the abuse doesn’t it?

The biggest complaint I have personally had with various bluetooth speakers and other bluetooth devices is syncing.  Some sync easily, some are buggy as crap.  Every Anker bluetooth device I have used works flawlessly.   My biggest skepticism when I first tested an easier model of these in late 2018 was the stereo paring.  It also works flawlessly and every single time.  Once a set “know each other” you don’t even need to do anything but turn them on.  And yes they still will work solo, two is one and one is none anyone?

Every time I bring you Anker items I finish with this, but in a world of cheap electronic crap there is a reason.  I have sold literally 10s of thousands of Anker items over the years.  I have never had one complaint of a failed or damaged item that Anker did not make right.  It is why you guys keep hearing me recommend them.

And finally, we are only 2 months from Christmas, anyone you know who likes music would love either of them as a gift, and may be even a pair.  So check out both the Soundcore 2 and Soundcore Boost the today.