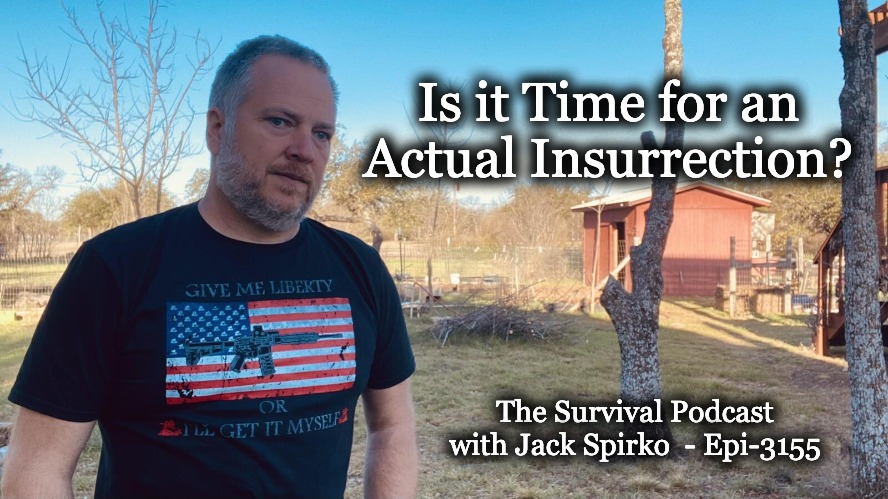 For all the shrieking about “insurrection” on Jan. 6th we all know it was basically a riot that paled into comparison to the linty or riots that occurred all though the prior year.  Thing is the media and the state both thrive on violence, whether a likely orchestrated riot like Jan. 6th or the huge number of city burning riots that proceeded it.

They would also love an “insurrection” that was violent in nature.  The state excels at violence and the media lives by “if it bleeds it leads”.  So insurrection by force is the state’s game and it is one the people would lose.  Long ago I said,

Today we discuss how a real insurrection must be fought if power is to rested away from the technocracy and oligarchy as they masquerade all around us as “democracy”.  This must be done at the individual and community level.  It is done by becoming as ungovernable as possible.  Not by fighting the state directly but by rendering it as obsolete as possible.

Sponsor of the Day…