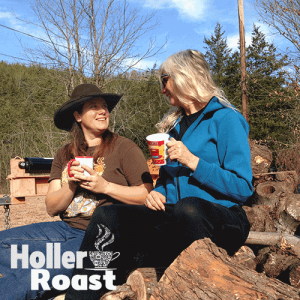 Holler Roast Coffee is ready to grow and they are pre-selling coffee and other cool benefits in a crowdfunding campaign, to get this done before the Christmas rush.

Back in 2017 when I first met Nicole, she presented her side hustle at my spring workshop. She declared in front of the whole room that she did not want to roast coffee as a full-time business. And at that moment, I saw this look come over her face as if she had just heard herself tell a lie and knew it. And a few weeks later, when I interviewed her on TSP, she launched a Kickstarter campaign to fund her first commercial coffee roaster.

Since that time, she has worked with me to create a very special coffee, Jack’s Bourbon Cooled Sumatran, and Holler Roast Coffee has expanded beyond a minor side hustle into a thriving coffee business. And I have personally watched Nicole grow as a solopreneur and as a resource to the TSP network.

So when I saw that her roaster had caught on fire and that she was launching a crowdfunding campaign to help expand her roastery, I was one of the first to support her. 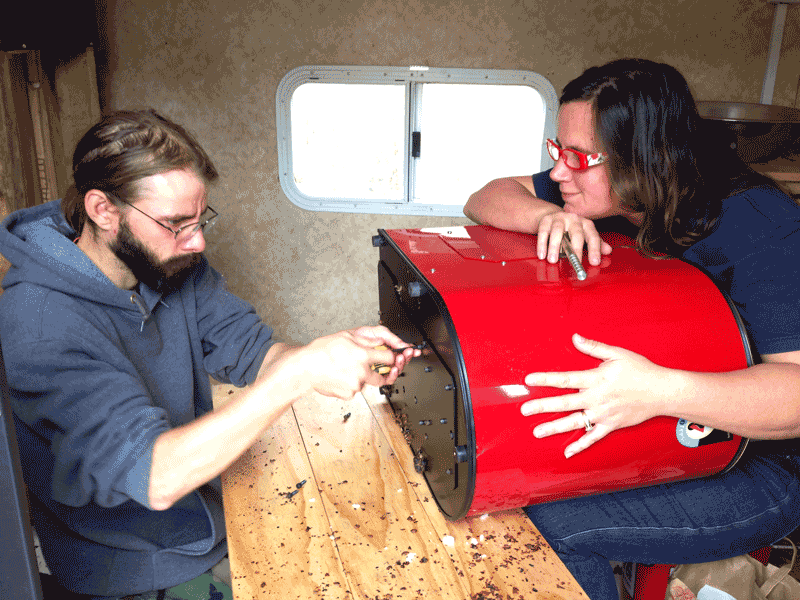 In fact, I have agreed to help sweeten the perks she is offering supporters by doing a coffee-tasting livestream with supporters at the $100 level. If you want to have coffee with Jack, then get your order in before they are gone. You can join the campaign here.

Apparently, Nicole’s roaster is not the only thing that caught on fire. When Nicole did a pre-launch last week and let a few of us test Kickstart Holler Roast, things went very quickly and she reached her original $10,000 goal in only two days.

Over the weekend, she rolled out a set of stretch goals that unlock new rewards as benchmarks are reached. Things like upgrades to special coffee varieties and free downloads are being released as her goals are net. You can read all about them here.

Holler Roast Coffee is great. They provide excellent customer service and Nicole does the hard work of tasting many coffee beans each season to choose the best to offer her clients. As part of the Roastery Expansion Campaign, they are adding a VIP Portal that will give members access to pre-launches of their most popular coffees, like the Honey Process and my signature coffee, as well as member-only merchandise and other surprises.

Supporters who come in at the $1,000 level get something special indeed. You all know that I love to work with one knifemaker, Patrick Roehrman of MT Knives, and he is releasing a line of his Genesis neck knives with the Holler Roast logo on them. These knives are only for those who join the Al Cappuccino Club. Supporters also get access to the VIP portal and it comes pre-charged with $800 in for purchasing coffee whenever you want it.

In fact, all supporters above $250 will get coffee credits so they can order coffee when they want it – to stock up the pantry, or order fresh each month.

I hope you will consider supporting Nicole as she expands her coffee business. Here are the links to her crowdfunding campaign and to Holler Roast Coffee.