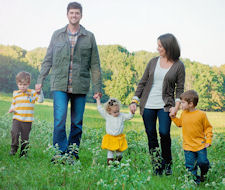 I am joined today but the first ever political candidate on TSP.  Shawn Hipskind my long time friend is running for Governor of the State of Arkansas as a Libertarian.  Shawn’s real goal isn’t so much winning but to bring awareness to problems in our political system, how votes are bought and paid for and the concept of zero dollar campaigns.

I want to warn some of our audience that today you are likely to hear many things you disagree with.  Specifically on many libertarian issues like the use of force, the war on drugs and gay marriage.  Note that no one is trying to convince you of anything, frankly no one is trying to tell anyone here how to live their lives.  What we are simply asking is that you at least consider some of these concepts in a new light.

Not interfering with another individuals natural rights does not mean your endorsement of their decision as to how to exercise said rights.  If you want to learn more about official positions of the Libertarian Party you can do so at LP.org.