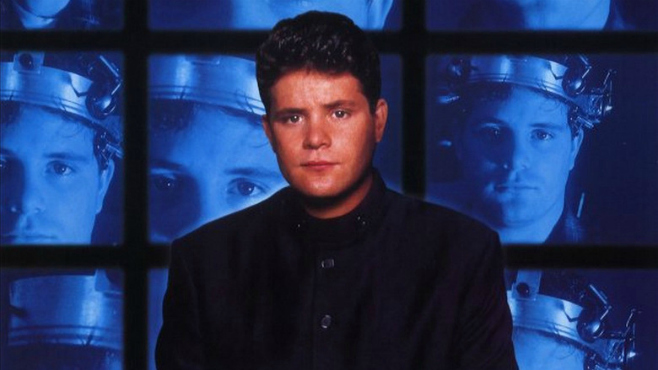 Harrison Bergeron is a Movie that is Far Too Accurate for Comfort, and Likely You Have Never Heard of It!

I mentioned this movie on the air yesterday but forgot to link to it in the show notes.  The movie is a version of the Kurt Vonnegut short story of the same name written in 1961.  The movie was made in 1995 and is loosely based on Vonnegut’s novel. The concept of this movie is after the “Second American Revolution” a decision was made to make everyone equal via “handicapping” the most common form is a band everyone must wear on their heads.  This band will limit your intelligence to the basic level.

A select group of people run the essential functions of society behind the scenes, these people are so intelligent the band doesn’t work on them.  In removing their bands they have freedom but must separate from society.

Here are some of the most chilling lines from the movie as we look at our future, remember this is from a 1960s novel adopted into a 1995 movie.

John Klaxon – “Television, well, it is the thread that holds together the fabric of our society”.

John Klaxon – “Every time I listen to great music or watch a great film, I know society will never produce another one.

John Klaxon [Speaking about Executions on Television] –  Oh majority of those are reruns, we don’t advertise the fact it would hurt the ratings, and we want people to watch, for the deterrent value.

Harrison’s Teacher – I am going to recommend to your parents that they take you to see Dr. Eisenstock.  You know four years ago when I started teaching, my pupils had the second highest academic scores in the state.  I was very nearly fired, he altered me tremendously.

And Possibly the most chilling exchange with the year 2018 changed to say 2028, only off by say 10 years.

Teacher – “What do we call the period after the end of the cold war” –  Harrison –  “The Great Recession” – Teacher – “And what made this recession different from all recessions before it” Jeanie – “It never really ended, it just kept going“.

Teacher – “Why?” ..Class doesn’t know.. Teacher – “Harrison?”  –  Harrison – “Well in all previous recessions once the economy bottomed out and production increased, unemployment decreased.  Um, but in the great recession because of new and improved technologies, fewer and fewer workers were required in all sectors.  With so many people forced from their jobs, the traditional economic recovery was impossible.

Teacher – Exactly by the year 2018 only 15% of the population had jobs.  America was divided into two camps.  A highly skilled and prosperous elite and an unemployed destitute majority.  What happened next, Garth?”

Garth – “Well the people who didn’t have jobs were very unhappy.  And they started making trouble.  Like they bombed buildings and had riots and killed people and stuff.

Teacher – “Right and that was the beginning of what we now know as?” –  Class – “The Second American Revolution”

Teacher – “Right and we’ll stop there for today”.

Here is the Movie On YouTube along with a Direct Link to it.

The cast of this movie includes actors like Sean Austin (Rudy and Lord of the Rings), Howie Mandel, Christopher Plummer (National Treasure and A Beautiful Mind) and Emmanuelle Chriqui.  Now we are not talking Tom Cruise or Mel Gibson but these are not second tier B movie folks. These are well known talented actors with long credits lists.

This movie also won multiple Gemini Awards including Best Direction, Best Performance by an Actor in a Supporting Role, and Best Production Design or Art Direction.  Yet almost no one seems to have even seen it?

Want to buy it on DVD?  Well, isn’t available any more, you may find used versions, I was able to order a used copy today.  Want to download it on Netflix or Amazon Prime Instant Video, no shock it isn’t available.

It has been uploaded to Youtube and taken down several times.  Supposedly due to copy write but no one seems to care about selling it.  I can’t imagine Show Time that produced it is complaining.

What I think happened here is this movie hit too close to home, it is too accurate, it is one of those clever movies that slips by.  Then the industry realizes what they have done and it just fades away.  They don’t ban it, the just make sure it never pops up on TVs secondary market, no DVDs are produced, no download services offer it and it is never again referenced in future movies and TV Shows.

Some new versions have been made but they are weird, nonsensical and don’t convey any of the story of the 95 version.  Gee, I wonder why.  Replace it with something stupid and the original fades away.

Watch this movie and as you do remember that everything in movies and stories must be adapted symbolically to modern times.  With that in mind, as you watch consider…

Personally I feel this movie should be seen by every American, uploaded to every and any video site, etc.  Sure many have their bands adjusted way too high to comprehend it, but perhaps what we need are some modern day “head houses” to inspire a positive insurrection vs. the disastrous revolution predicted in this movie.

What is a head house you ask?  Watch the movie or tune into today’s podcast to find out.