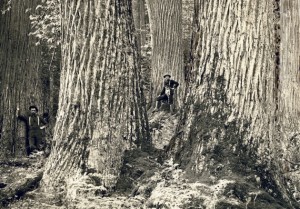 Could GMO Save the American Chestnut?

I am known as a staunch opponent of GMOs (genetically modified organisms) and with good reason.  I loathe companies like Monsanto and consider many of their products as primary contributors to many of America’s modern disease epidemics.

What many don’t know is in the beginning I didn’t oppose GMO at all and had the same reaction many today have to those of us in the “anti GMO camp”.  I figured all the anti GMO hype was nothing but a bunch of people afraid of science and some ultra natural purple breathing uber-hippies!

In the beginning the promise of GMO was things like corn that was more drought resistant and more pest resistant, who in their right mind would resist that if it could be done safely.

Five major things changed my view dramatically on this…

These things were not part of the original promise of GMOs, but they were in fact always the goal.  This is typical action by companies like Monsanto who when caught hiding how they poisoned the people of Anniston Alabama, had a CEO that said, “I am proud of what we did”.  Promise one thing and deliver another.