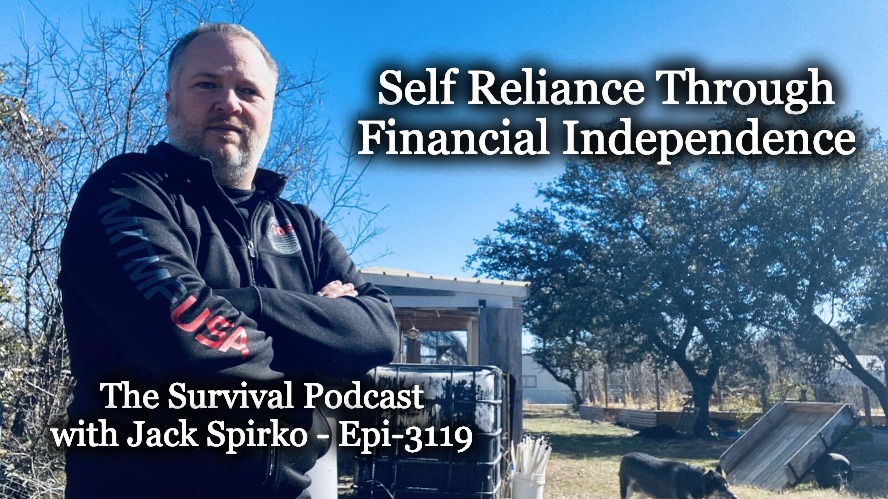 On this episode of The Survival Podcast we discuss self reliance though financial independence with Joshua Irvine.  Josh joins us to discuss a 10 year journey to total debt freedom, outright ownership of two home and enough passive income for complete independence. And all this with a family of 6 and a single income home.

Josh was born and raised in Arizona and claims Flagstaff as his home. He had a desire to serve in the military when he was young and initially tried and failed to enlist in the Marine Corp. Having been home schooled from junior high on at that time didn’t sit well with the recruiter. Leaving the Marine path behind he went to community college next and discovered ROTC which led him down the eventual path of becoming an Air Force pilot.

Flying combat search and rescue across the globe saw him deploy multiple times to all the usual spots including Iraq, Afghanistan and an Embassy Evacuation in Beirut. He and his wife Kristin shared the adventure together moving ten times over twenty years and living overseas for a good chunk of the time.

About ten years into their journey Josh and Kristin committed to a path of financial independence that started with paying off their home and eventually led to zero debt, the outright ownership of two homes, and enough passive investment income for them to declare financial independence without relying on a military pension. This was no small feat with a family of six and a single income home but was made possible through a shared vision and sound strategy.