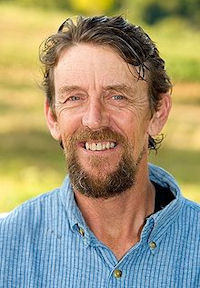 Geoff joins us on TSP today to discuss site selection in both the suburbs and rural areas.  We also discuss the threat of GMOs and two “almost disasters” related to GMOs most people have never heard of.  A huge problem and even bigger opportunity with the Mississippi river.  The challenges of desert permaculture and why we should focus on “marginal desert areas” first as we begin to repair man caused desertification.