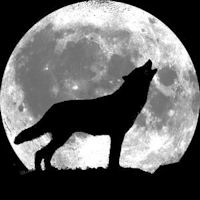 Even Wolves Survive in Packs

Many preppers seem to think telling anyone, anything about your views on preparedness is a huge mistake.  They point out it might make you a target of everyone who isn’t prepared when doomsday comes.

Others seem to embody the very reasons others are so tight lipped about their preps.  These are the self absorbed jackasses that state nonsense like, “My AR15 and 2,000 round are all the survival kit I will ever need”.  Such people live in a world of Hollywood B movies and fan fiction novels.  In the real world such tactics are seldom effective for a variety of reasons.

This is why I have always taught that while there is a place for basic and common sense opsec it is still highly important to build community for both day to day living and for the eventual reality of a possible or even probable disaster.

Recently I got an email that caused me to do this show, it read as follows…

While her response was great there were two bigger points here,

I get a lot of emails that tell me many of the people in the audience are not yet sold on the true community aspects of prepping, so today I present to you 10 reasons why the lone wolf approach will not work in 99% or more disasters.