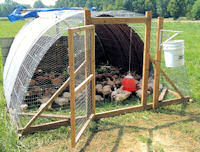 So we preempted the Friday call in show last week so we will make up for it today and move the email feedback show to Tuesday.  Today I take your calls on investing, martial law, pastured poultry, the Keystone pipeline, libertarian ideals, making jerky, gold and silver and more.

Remember to be on a show like this one just pick up your phone and call 866-65-THINK.  The best way to improve your chances of being on the air is ask your question or make your point up front, then provide details.

Also please do your best to call from a quite area with a good connection and speak up so you can be well heard.  I can’t put all calls on the air but I do my best to get most of them on.

Join Us Today as we Discuss…