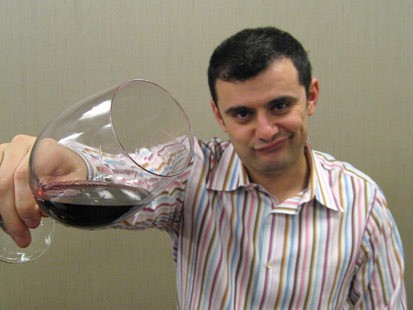 Gary Vaynerchuk – Author of The Thank You Economy

One of my true heroes in modern business is Gary Vaynerchuk of Vaynermedia, GaryVaynerchuk.com and Wine Library TV.  Over the years of building TSP I have had to work many late nights, give up a lot of family time and honestly work harder than at any time in my life.  When I look back today it seems to have been easy but I remember the doubts I had as I worked through the early days, emails telling me I was doing everything wrong and wondering if my initial dream of 1,000 listeners would ever happen.

Along the way I found Gary and the first time was when I heard his presentation at the Web 2.0 Expo in New York back in 2008.  He was so brutally honest and so similar in his thinking to me that his words became a source of inspiration and along with you guys helped TSP grow from a show done by a “wing nut in a car” (in the words of one of my early listeners) into what it has become today.

For a long time I have wanted to bring Gary on TSP because I believe building a business and building personal brand is key in the modern economy for both entrepreneurs and employees alike.  Remember the most common disasters are personal and either owning a business or being well known in your field may be the biggest insurance there is against personal disasters like job loss, salary cuts or physical disability.

As a way to say thank you to Gary for coming on TSP please consider buying a copy of his book, “The Thank You Economy“, available for order now on Amazon.com and soon to be in bookstores everywhere.

Join us today as we discuss…