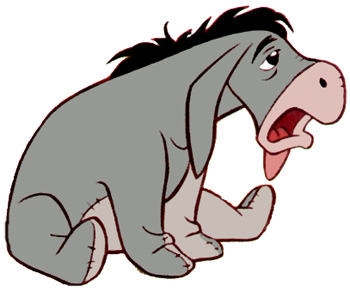 Eeyore is the Antithesis of Modern Survival Thinking!

I have never understood wholly negative people, you know the folks that personify the Winni the Poo character Eeyore.   To these people the world is one of unending hardship and everyone who succeeds either knows the right person or screwed someone over to reach a place of prominence.

What I understand even less is a survivalist (modern or other wise) that is a fricken Eeyore!  How can you be a negative human being if you are survivalist?

While it is true we head on face disaster and accept some of them are invertible we also understand that for the most part we control our own destiny.  It bothers me when I get emails from people who have clearly lost hope, I ask these people if you have no hope, why are your even worried about “survival”?

Join me today to discuss….