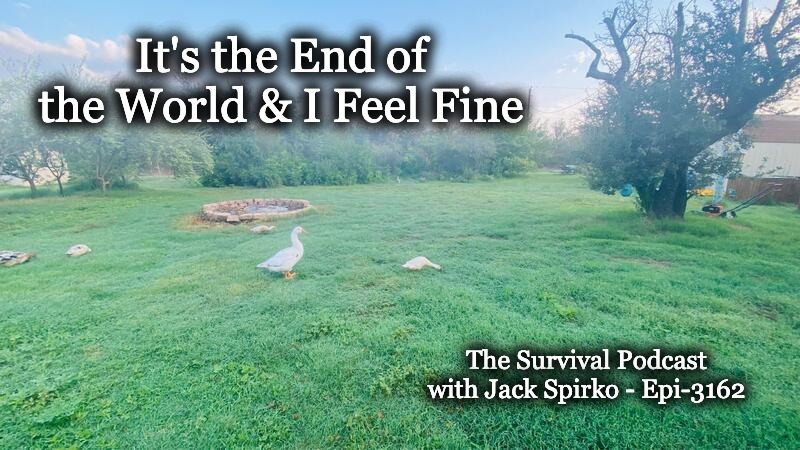 Today I am going to discuss the reality of where we are.  It is the end of the word.  Again.  Yes, again.  Call it the fourth turning, call it a “great reset”, it is really the end.  The end is also the beginning.  Some things we can fight, some we can mitigate and some we really can’t do shit about.  The key is knowing which is which and living your life in an as ungovernable manner as possible.

Sponsors of the Day…

Video Version of this Podcast Episode