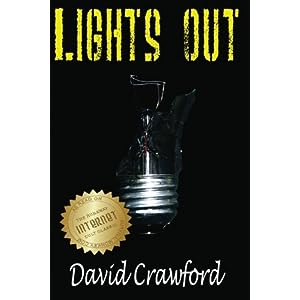 David Crawford (known on most forums as Halffast) and author of  Lights Out
will be on The Survival Podcast sometime in the next week or two.  I communicated with David and confirmed him as a guest.  I will be calling him tomorrow to set up the actual time.  David is also going to get some singed copies that we can give away to listeners as prizes.  Well at least as soon as he gets his hard copy, he is still waiting for them to ship like many of us.

David is an awesome guy who’s work has done a ton to spread the prepping message.  We will be discussing the book, its inspiration and prepping in general.  So stay tuned and as soon as we have a firm date for David’s interview I will let you know.

Lights Out focuses on the disaster scenario of an EMP attack and the resulting aftermath. Lights out doesn’t go from from a typical day to the apocalypse overnight with the onset of the attack. Instead it presents a worsening spiral where things go from okay to bad to worse on a more realistic time frame then most similar books of the survival/apocalyptic genre.

So if you are one of the 5 million who downloaded the PDF and always wanted a hard copy or just want a book that is just an awesome read and a great way to spur the mind about prepping from the tactical to the practical check out Lights Out.

Get Your Copy of Lights Out