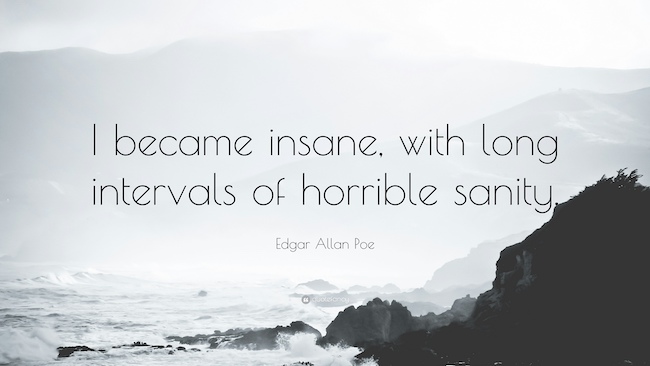 As bad as I felt the overreaction by government and CoVid Karens was over the past 1.5 years, it continues to get worse while the disease itself continues to decline in its lethality.   We also know it is not going to “run away” at this point.  What I mean is we know it runs in waves, that it does not go into stratospheric numbers and over run the medical system.

On the 3rd of August I made the post in this screen shot…. 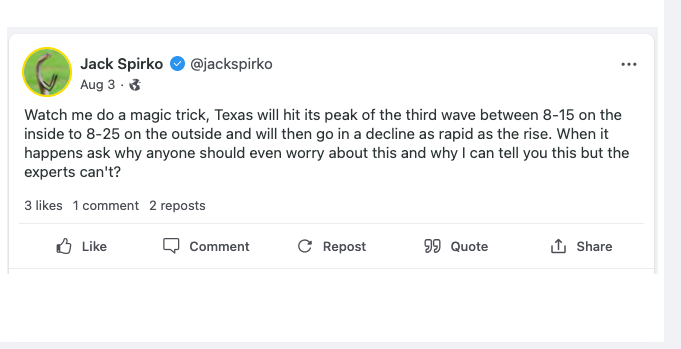 If you go to the official Texas website for CoVid Numbers you will see that not only did I get it right, I apparently got it EXACTLY right.  The highest day seems to have been 8-14 to be exact, one day early on my inside.  I got called “Spirkodamas” a few times this weekend due to this but guy, this was not hard.

“The Delta Variant” had already run in several other places before it came here.  I didn’t predict the future I just accepted the past.  It was not even a model in Excel, I just counted the days in the cycle in nations similar to us.  I will also explain seasonal variations by region in the US and why I won’t be surprised to see the norther states repeat the pattern Texas, Florida, etc. just had in a month or two.

The real issue here is this is all so easy to see.  We know some medications work and we know they are attacked by “science” and that that science is not science it is government, media and industry.  We all know it makes no sense to shut down society for an illness with a survival rate of 99.7%.  We all know that Australia should not be rolling tanks in city streets to enforce martial law over this thing.

Anyone who has paid any attention at all and taken any real look at the data knows almost everything we are doing is wrong and everything we are being told is at best a half truth and quite often an outright lie.

Yet the real problem?  The real problem is this is all so obvious and that it is all still happening anyway and over half of all people seem to be okay with it.