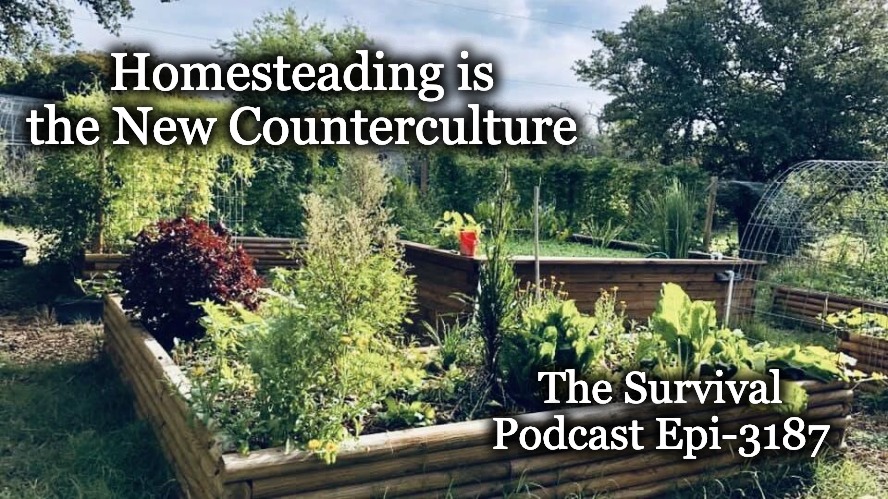 Yesterday chatting with Mark Baker about Homesteading I was reminded of an episode I did back originally in July of 2013 called, The Bright Future of Homesteading in America which is now a bit over 9 years old.  It was interesting to listen to what Mark had to say about homesteading and contrast that with some of the bullet points in the old show notes.

Today I decided to simply take those bullets and present them in the context of 2022 and all that has happened in the past 9 years and especially the past 3.  The world has changed in amazing and bizarre ways.  Honestly I keep expecting to see Superman with a backwards S show up any time soon.

Still homesteading is honestly the new counter culture!  So today let’s dive into that.

Video Version of this Podcast