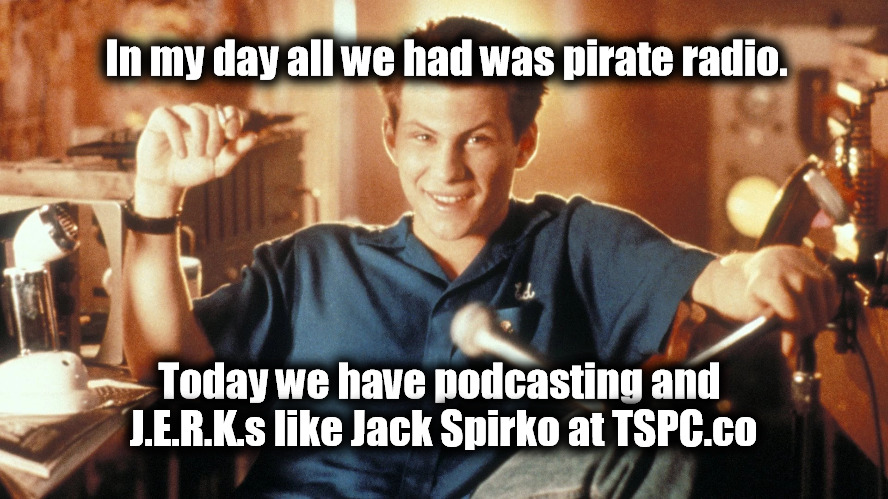 We are only about 25 episodes away from Episode 2500.  That feels like a major land mark episode so time to celebrate it with a special episode.  We did this for episodes 224 (our first year anniversary) and 1000, people called in and discussed how they had changed their lives as part of the TSP community.  Episode 1000 went almost 5 hours!

So this time I waited until we were just over a month out and I am limiting the calls to 2 minutes each.  The other difference is we are going to have fun with the jerk thing.  For those new to TSP in the beginning the show, like in 08-09 I frequently said things like, “you are never going to call me up an say, Jack thanks to you I am debt free and have all this stupid extra money now”, etc.

I guess it was about 5 years ago that as a joke I got my first “Jack you’re a jerk” call where a person told me all the great stuff that they had done and that it made me a jerk.  They completed the circle of the joke!  Then it became a thing.  Now I get a few emails and calls a month explaining why I am a jerk.  Side hustles, being prepared for a storm, paying cash for a house, etc.   All of this make me a jerk, the point where I now have an acronym for j.e.r.k. – just encouraging real knowledge.

If you want to see what a show like this is like, check out episode 224 and or 1000, but this time I get to be a jerk and that my friends makes me very happy.

P.S. – If you want to call me asshole or any other such names, have at it.  LOL